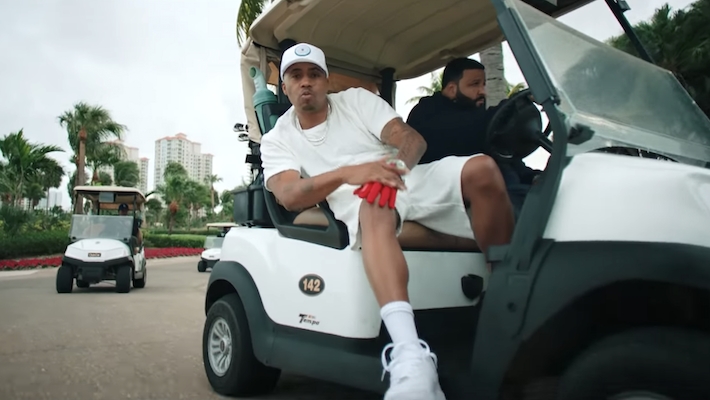 Nas continues to support his 2020 comeback album 'King's Disease' with a new video.

Flipboard uproxx.it Nas continues to support his 2020 comeback album Kings Diseasewith a new video for 27 Summers. The Queens living legend heads down to Miami in the video, hooking up with local hometown hero DJ Khaled to hit the links and celebrate his nearly unprecedented longevity in the rap game. As the two tee up, Khaled marvels at Nass 27 Summers of relevance, defining Nass penchant for doing your thing at a high level timeless. Incidentally, it was DJ Khaled who helped Nas announce that Nas Album Done on Major Key in 2016, on which the Queens vet confirmed that a project was on the way. However, that project seemingly never materialized after the song drove up excitement for the Illmatic rappers potential return to form. Instead, Nas linked up with Kanye West to release the seven-song EP Nasir in the summer of 2018 to a less than stellar reception the result, Nas later admitted, of a rushed production processthat neither rapper planned out much in advance. However, in 2020, Nas turned to a new producer, Californias Hit-Boy, on the advice of Detroit rapper Big Sean who appears on the Kings Disease track . The new album was much better received putting Nas in the position to truly celebrate his longevity in the game. Watch Nass 27 Summers video above.