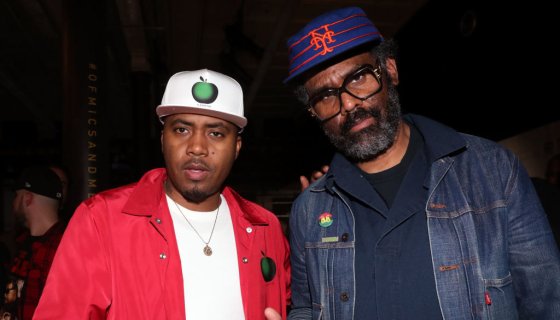 As Hip-Hop is approaching the magnificent milestone of turning 50 in 2023, preparations to mark the occasion in ways honoring the culture are underway. And Nasir Nas Jones is ensuring hes at the forefront of these efforts with a documentary series titled Hip Hop 50.

CLOSE Source: Johnny Nunez / Getty As Hip-Hop is approaching the magnificent milestone of turning 50 in 2023, preparations to mark the occasion in ways honoring the culture are underway. And Nasir Nas Jonesis ensuring hes at the forefront of these efforts with a documentary series titled Hip Hop 50. The Queensbridge rapper and businessman has teamed up with producer and writer Sasha Jenkins, who was the force behind the acclaimed Showtime s Wu-Tang Clan: Of Mics and Men, for a new series done with the same network and Mass Appealexploring the figures and moments that made Hip-Hop throughout its history. This is something thats coming up that we dont want to just pass by like its small. This is the biggest birthday in the world, Nas stated in a recent interview with Variety Documentaries will be a main part of the series, with one highlighting the career and legacy of the host of Video Music Box, Ralph McDaniels Other documentaries in the series will be Hits From The Bong, a look at the history of rap group and marijuana advocates Cypress Hill directed by street culture icon Estevan Oriol and Ricky Powell: The Individualist, a look at the late Hip-Hop photography legenddirected by Joshie Swade and Push It which will shine a light on the numerous women who have enriched Hip-Hop culture. There will also be dedicated podcasts and unscripted series included in the overall project, covering graffiti and b-boying among other elements of the culture. A key element to Hip Hop 50 is that Nas and Jenkins are planning for a mix of directors to represent the younger voices of the culture in conjunction with the elder statesmen. Without the new eyes and new ways to visualize the culture, then its not going to be complete, Nas declared. Hip Hop 50 is set to premiere later this year, and more programming will run on Showtime through 2023. HipHopWired Radio