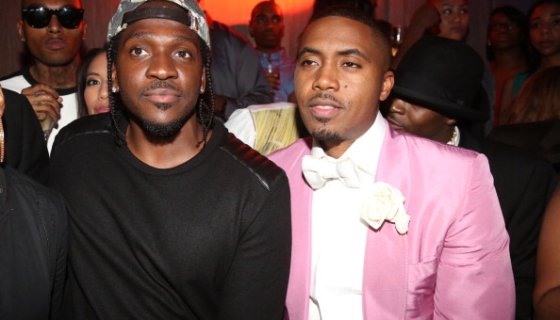 Hip-Hop stars Nas and Pusha T are among the many names who have now become investors in the Audius, a music streaming startup that Rolling Stone describes as a rival to Spotify.

CLOSE Source: Johnny Nunez / Getty A bunch of music artists coming together to promote a music streaming platform the benefits them? Now, where have we heard this before? Hip-Hop stars Nas and Pusha T are among the many names who have now become investors in the Audius, a music streaming startup that Rolling Stonedescribes as a rival to Spotify. If the idea sounds somewhat familiar to you, thats because it is. The last time we saw music artists and other big names in the music industry come together like this was for Tidal which JAY-Z owned before selling it to Jack Dorseys Square.The spectacle saw other artists like Beyonc, Kanye West Alicia Keys, and other investors join the ambitious venture. But, there is a significant difference when it comes to this venture. Audius, a three-year-old San Francisco-based company built on blockchain, promises a new way to put more coins in artists pockets. Audius is not only using the blockchain to add potentially significant revenue streams for artists, but it also allows them to cooperatively own the platform itself, investor and music exec Martin Bandier said. I believe might be the most important technology to ever hit the music industry, Nas, who is heavy in the cryptocurrency game shared in a statement. Everyone who uploads to Audius can be an owner. You cant say that about any other platform. Bandier agreed with the Queensbridge living legend, Historically, the music business has tended to be slow on the uptake to technological shifts, often fighting rather than embracing them. I do think blockchain is likely to be a commanding force in further empowering creators and more deeply engaging direct artist fan-relationships. On top of gaining high-profile investors, Audius also struck a deal with TikTokand currently has more than six million monthly users. One of the services goals is to provide its users with a more easy-to-use crypto feature. We see ourselves as the onramp onto blockchain tech for less technical users, Forrest Browning, co-founder, and chief product officer told Rolling Stone Most people dont realize it, but every single person that signs up for Audius actually has a crypto wallet created for their account. That enables us to build some really cool crypto features the mainstream is talking about NFTs, etc without all the extremely complex process of downloading and setting up extra apps. On paper, this sounds very intriguing. We will see if Audius can significantly impact the already crowded music streaming service field that giants like Spotify, Apple Music, and Tidal have dominated over the years.