Megan Thee Stallion Was Once Too 'Shy' to Rap Publicly 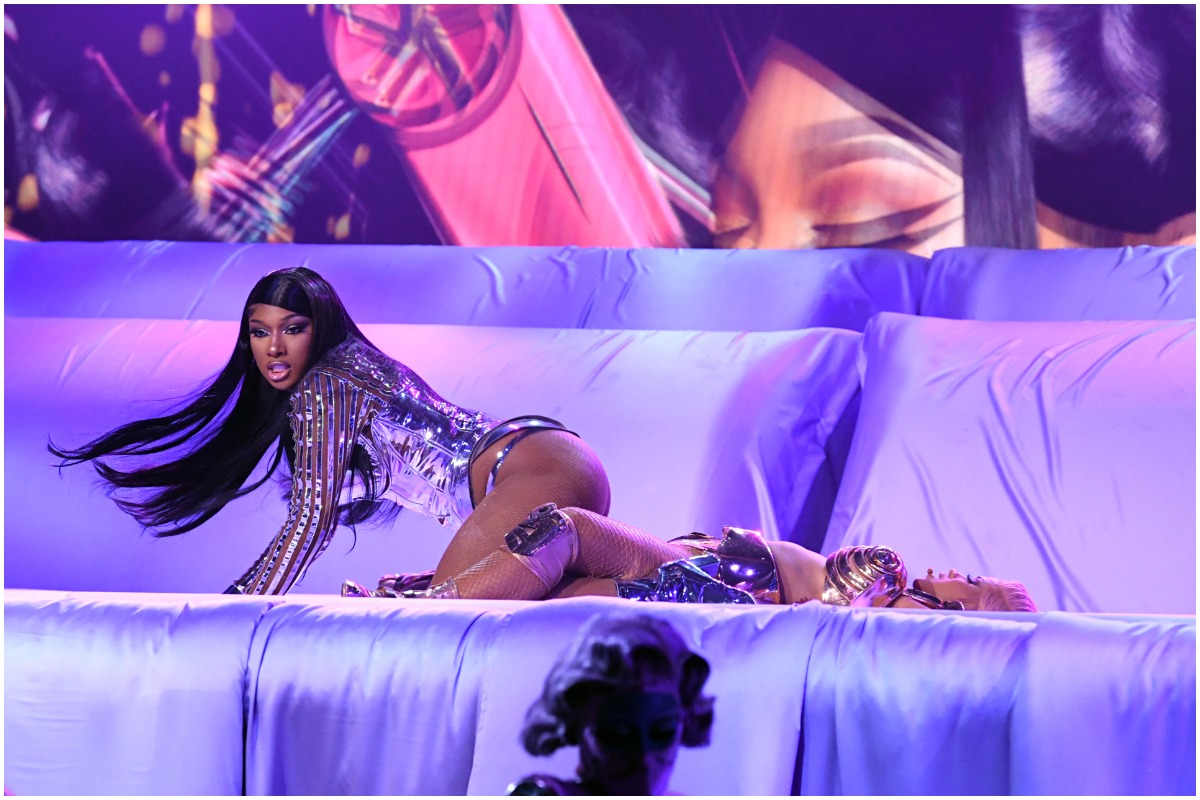 See why Megan Thee Stallion 'never wanted anybody to know that I could even rap' when she was younger. Her first Grammy was in March 2021.

Megan Thee Stallion Addresses Allegations That She Stole the Designs From Her Fashion Nova Collection While Megan found her dream during her freshman year at Prairie A&M University, she told Rolling Stone in Feb. 2020 that she initially didnt want anyone to know she could rap. The Girls in the Hood performer said she felt insecure about her skills until one of her college friends pushed her out of her shell. Believe it or not, I used to be a little shy, Megan said. I never wanted anybody to know that I could even rap. Even when I got to college and I told my best friend I could rap, shell be like, OK. Well, then rap. She wanted me to rap, and I wouldnt do it. But then we went to a kickback, and I just started rapping. I was confident in myself, but I didnt really know how people would react to how I thought about myself on the inside. Megan Thee Stallion won 3 Grammy Awards in March 2021 Ultimately, Megan got over her stage fright in 2016. The college student became confident enough to perform onstage at multiple events at her school. After several years, Megan eventually made a name for herself and inked a deal with 1501 Entertainment Through her label, she released her mixtape, Fever, in 2018. The project skyrocketed Megans career and earned her features with DaBabyand Nicki Minajin 2019. RELATED: How Many Dogs Does Megan Thee Stallion Have? The Houston natives career continued to soar in 2020. Despite getting shot that July, Megan prevailed with hits including Savage and Savage Remix with Beyonc. The pairs collaboration earned Megan four Grammy nominations in 2021. During the live event, the 26-year-old student took home three trophies for Best Rap Performance, Best Rap Song, and Best New Artist. While accepting her award for new artist, Megan held back tears as she thanked her late mother and former manager, Thomas. I dont want to cry, but first of all, I wanna say everybody is amazing, she started. Every artist that was nominated for this award is so amazing. So, shout out to all of yall. I really wanna say thank you to my momma, Thee Stallion concluded. Shes not here with me today, but I know shes here with me in spirit, and she always believed I could do it. Megan Thee Stallion celebrated her Grammy win with her OG hotties Following her Grammy win, Megan shared on Instagramthat several of her college friends supported the rappers career. She posted a black and white photo of herself and three BFFs from her early university days BEAUTIFUL MISTAKES VIDEO OUT NOW @maroon5run it up hotties https://t.co/VC5dXIGNuH