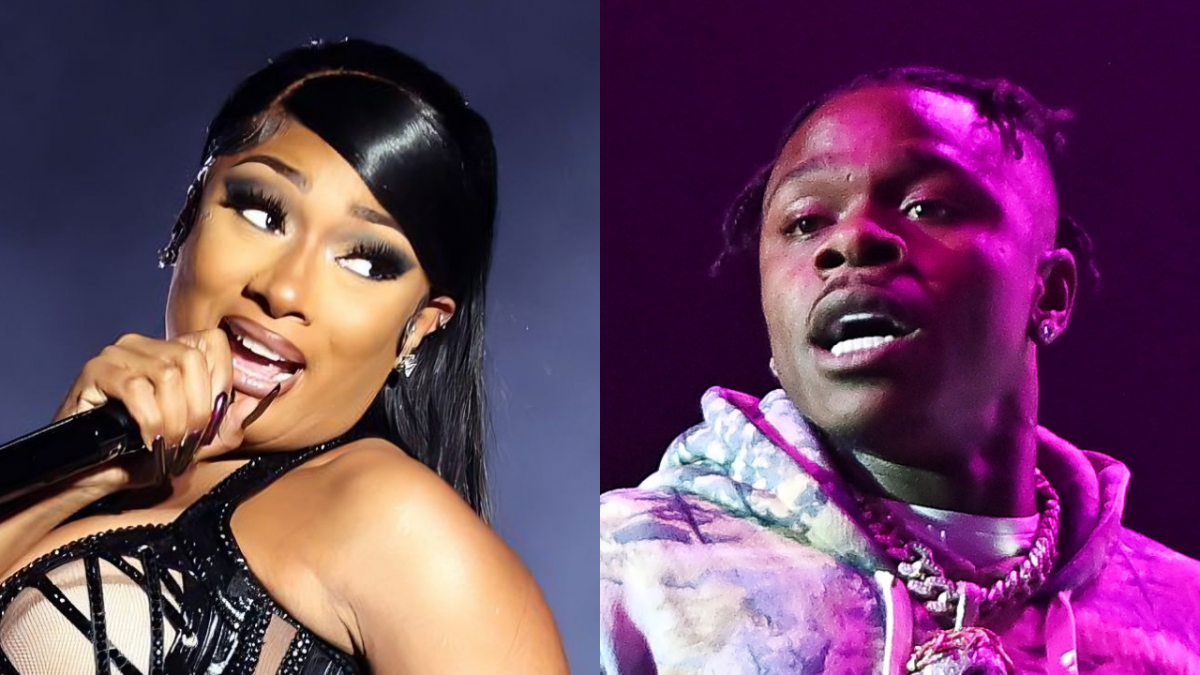 Megan Thee Stallion has responded to DaBaby's recent claims on 'Boogeyman' that the two of them had slept together before the alleged Tory Lanez shooting.

Las Vegas, NV Megan Thee Stallion has responded to DaBabys recent claims that the two of them slept together. The North Carolina rapper made the bombshell claim on his surprise album Baby On Baby 2, which dropped on Friday (September 23). On the track Boogeyman, Baby said he and Meg had been romantically entangled days before she was allegedly shot by Tory Lanez. You play with me, that shit was childish / The day before she say that Tory Lanez shot her, I was fucking on Megan Thee Stallion / Waited to say this shit on my next album / Hit it the day before too / But I kept it playa, I aint say nothing bout it, he rapped. Megan seemingly responded to DaBabys claims during a performance at the 2022 iHeartRadio Music Festival in Las Vegas on Saturday (September 24). So look, I dont know about yall but I love my body, she said to a screaming crowd. I do what I want to with my body, when I want to with my body, with who I want to with my body. Cause its who? My body. September 1, 2022 DaBaby and Megan Thee Stallion first joined forces in 2019 on hits like Cash Shit, Cry Baby, Nasty and DJ Khaleds I Did It, all of which gained traction on the Billboard Hot 100. However, everything changed once DaBaby became close with Tory Lanez, with Megan unfollowing DaBaby on Instagram in June after Baby and Tory linked up for the song SKAT. Megan later accused DaBaby of being two-faced. Support me in private and publicly do something differentthese industry men are very strange, she tweeted. This situation aint no damn beef and I really wish people would stop down playing it like its some internet shit for likes and retweets. DaBaby responded by telling Meg he didnt have no bad energy for her, to which she replied: We already spoke abt this in private and you specifically said that aint even no good business move why would I promote that shit but now this aint your beef ? That aint real. But you stay on ya business my g. Subscribe to DX Newsletter