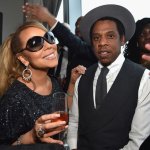 Mariah Carey is no longer rolling with the Roc. The iconic R&B and Pop singer has reportedly is probably no longer being managed by Roc Nation after an allegedly massive argument with Jay-Z himself.

Mariah Carey is no longer rolling with the Roc. The iconic R&B and Pop singer has reportedly is probably no longer being managed by Roc Nation after an allegedly massive argument with Jay-Z himself. UK paper The Sun claimsthat Mariah Carey decided to walk after having a blazing row with the Jigga Man during a meeting about the future of her career. Per a source, Carey will formally depart in a few weeks while adding, Mariah and Jay had an explosive meeting which did not go well at all. She has made it clear she wants nothing more to do with him and has called it quits with Roc Nation. Carey first linked up with Roc Nation in late 2017 but is now looking for new management, and his allegedly already found an undisclosed replacement. Carey is reportedly working on a heavily R&B-influenced album and has her sights on kicking off another world tour in 2021. Now that news of the split had broken, dont expect any walk backs. A look at Roc Nations official website and all traces of Mariah Carey as a client have already been wiped. The list of clients still on the Roc is health, though; including Megan The Stallion, Lil Uzi Vert, The-Dream, Jim Jones and Fat Joe. Considering a bunch of Jay-Zs Roc Nation clientele are acts he once had beef with, it will be interesting to find out what exactly caused him and Mariah Carey to have such a blow. During her time at Roc Nation she dropped a well-received memoir, The Meaning of Mariah, and a 30th-anniversary album called The Rarities. She also hasnt had any snafus along the lines of her infamous New Years Eve fail to kick off 2017 HipHopWired Radio