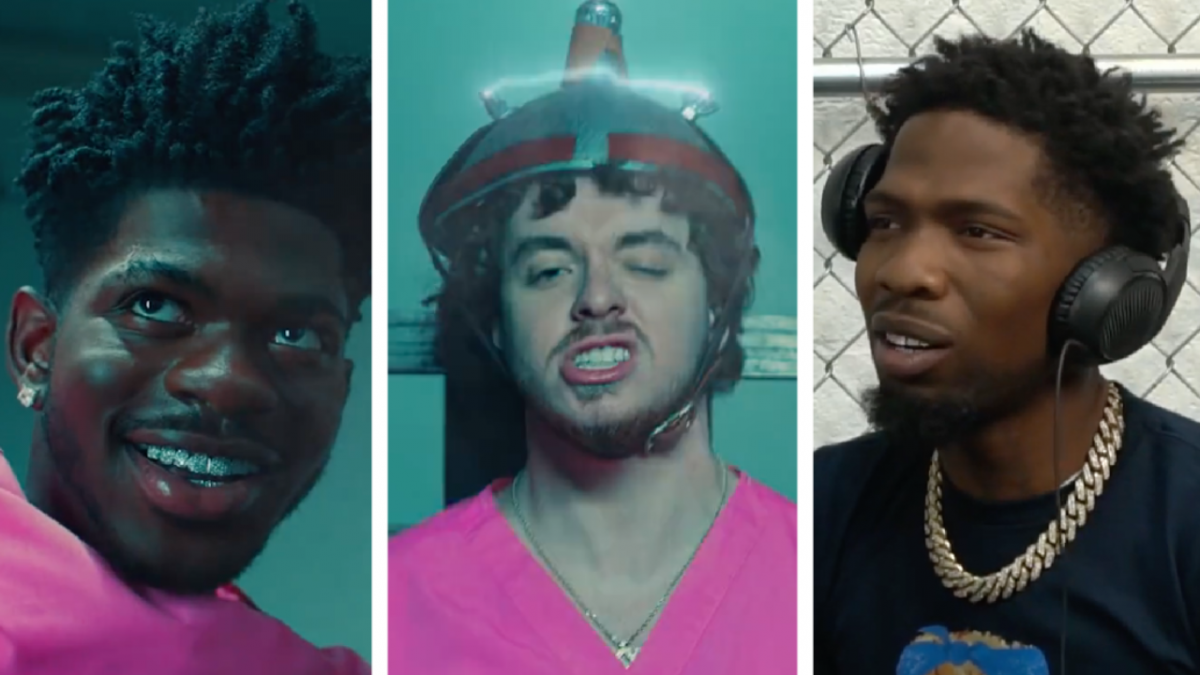 BlocBoy JB doesn't want his children to listen to rap anymore after finding out about Lil Nas X's plans with Jack Harlow for the VMAs.

Lil Nas X dropped the music video for his Jack Harlowcollaboration Industry Baby on Friday (July 23) that finds him performing naked in a prison shower. But now, he wants to take things a step further. The Old Town Road and Montero (Call Me by Your Name) hitmaker took to Twitter to announce plans for him and Harlow to perform the song completely nude at the MTV Video Music Awards, which is taking place September 12 at the Barclays Center. However, Memphis rapper BlocBoy JBisnt down with it; so much, he doesnt want his children to listen to rap music anymore. me and jack harlow have decided to perform industry baby butt naked at the vmas for charity, Lil Nas X tweeted. BlocBoy JB wrote in the comments of Akademiks repost, My kids are cant listen to rap nomoe. A post shared by DJ Akademiks (@akademiks) Following the release of Industry Baby, Jack Harlow admitted he would have appeared in the shower scenehad Lil Nas X asked. Nas wrote the whole treatment for this video and I followed his lead every step of the way, he wrote on Twitter. If he had asked me to be in that shower scene I woulda been in that shower scene. I just let the mastermind cook. Honored to be apart of it.