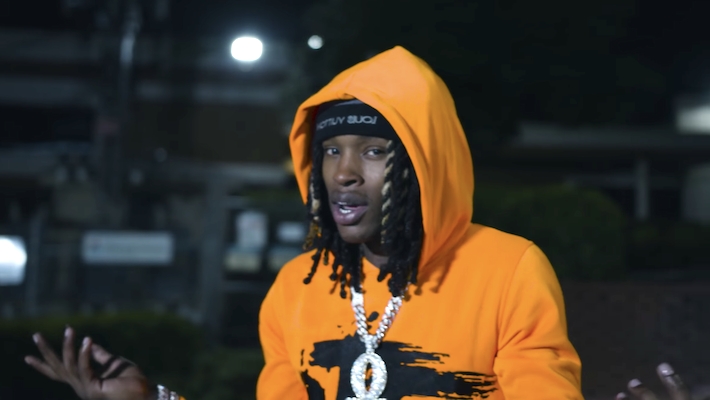 Fellow Only The Family members Booka600 and Memo600 set things off with a give-and-go verse showing off their complementary mindsets.

Lil Durk s OTF crew. Fellow Only The Family members Booka600 and Memo600 set things off with a give-and-go verse showing off their complementary mindsets, then Von and Durk bat cleanup. In the video, Booka and Memo hold down a gangsta house party, while Von and Durks half of the song soundtracks an apparent midnight meeting between two twitchy gangs. Jump is the latest posthumous appearance of the late King Von, who was killed in Atlantaafter being shot in a nightclub parking lot during a fistfight. While Durk has put forth a heroic effort to keep his friends music at the forefront of pop culture, releasing the Still Trappin video as one of the singles from his album The Voice, Von verses became a hot commodity shortly after his death even without Durk. Fivio Foreignand PNB Rockboth included appearances from Von on recent releases, while Vons album Welcome To O-Block spawned the posthumous single Armed & Dangerous . Jump also constitutes one of Vons three appearances on the new OTF compilation, Loyal Bros, which was released earlier this month. The project also features cameos from some of raps biggest names, including Lil Uzi Vert, Tee Grizzley, and rising star Foogiano. You can listen to it here Watch the Jump video above.