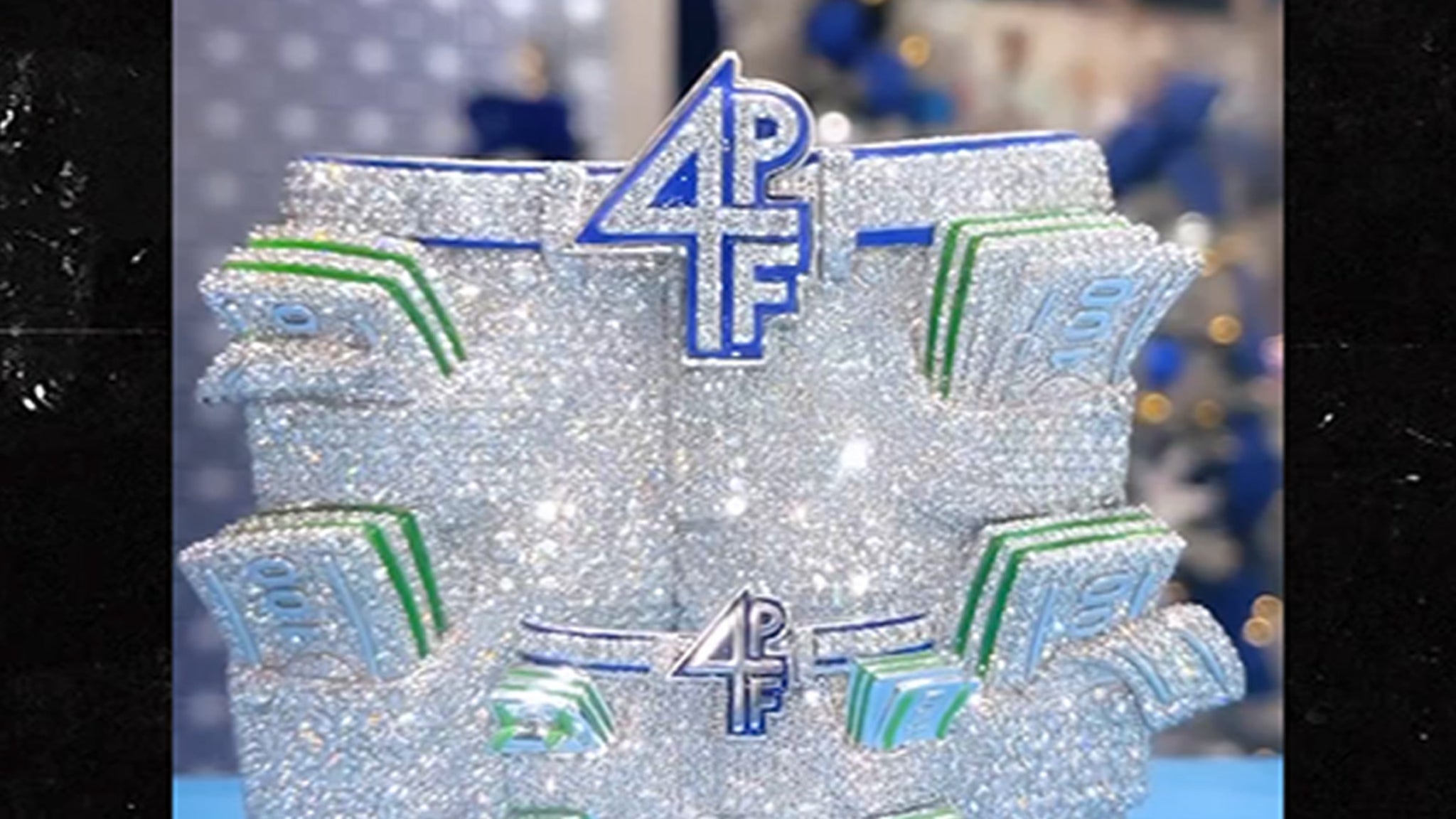 Lil Baby strives to be the most fly rapper in the game and that mentality obviously trickles down to his own children!!!

Lil Baby strives to be the most fly rapper in the game and that mentality obviously trickles down to his own children!!! The Atlanta rapper recently hit up Icebox Diamonds & Watches, his home away from home, to lace his 7-year-old son, Jason, with a couple of new diamond emblems modeled after a pair of Baby's pre-existing pieces. Skylar Langfeldt of Icebox tells TMZ Hip Hop ... Jason's 4PF chain consists of more than 5 carats of VS diamonds with blue and green enamel accents -- a junior take on Baby's chain, which has 70+ carats! The fresh father and son duo also plan to stunt at NBA games, as they frequent State Farm Arena for their hometown Atlanta Hawks ... and Skylar says they now have matching pieces to rep their team. Jason's Hawks pendant sports 2 carats of diamonds and 25 grams of gold -- while his dad's has 10x the bling with 20 carats of diamonds, and 150 grams of white gold. Play video content ROCKIN REC ROOM Instagram / @lilbaby Baby's spoiling knows no bounds -- he's currently building the ultimate playroom where Jason can keep his chains ... and also play, we're guessing. Share