LeBron James Reveals the Future with the Lakers 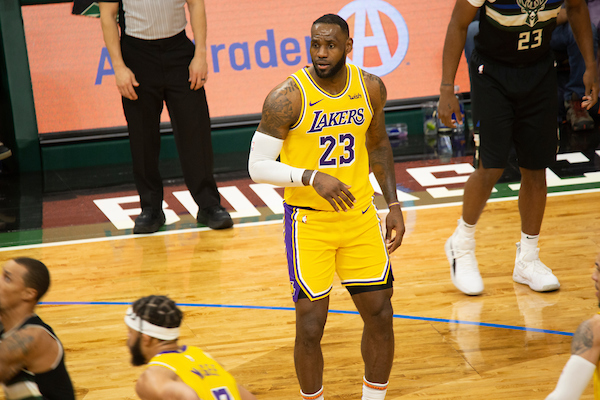 Source Sports | News, Highlights and Interviews LeBron James career has led him to Cleveland, Miami, back to Cleveland, and his current franchise the Los Angeles Lakers. With his contract set to wrap up in LA in 2023, King James let the Lake Show know that he does not plan to go anywhere. Visit streaming.thesource.com for more information James was a guest on the SmartLess Podcast hosted by Will Arnett, Jason Bateman, and Sean Hayes when he spoke on his basketball future. I truly hope that I can finish my career with the Lakers. However many years that is, if its four, five, six, whatever, seven, I hope I can continue to play the game, James said. I love being in L.A., my family loves being in L.A. Being with a historical franchise like the Lakers is something. Its like me being in Space Jam I never thought it would be possible. You think about Kareem, and Magic, and Wilt, and Jerry West and Elgin Baylor, Kobe, Shaq and all of them, the whole list goes on. Advertisement So dont worry Lakers fans, LeBron is looking to hold yall down. Now only if Anthony Davis and King James health can hold up and bring LA back to the mountain top.