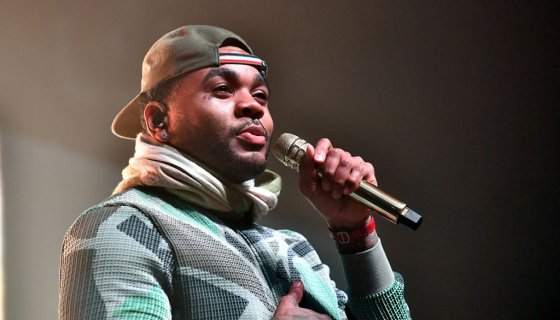 Hip-Hop star Kevin Gates was the latest guest on Mike Tyson's weed-fueled podcast, Hotboxin' With Mike Tyson. During the 50-minute conversation, the legendary boxer asked Gates what led him into his rap career, and that's where the rapper shared being molested as a child led to him using Hip-Hop as an escape.

Mike Tyson definitely has a way of getting his guests to open up to him on his podcast. Hip-Hop star Kevin Gateswas the latest guest on Mike Tysons weed-fueled podcast, Hotboxin With Mike Tyson. During the 50-minute conversation, the legendary boxer asked Gates what led him into his rap career, and thats where the rapper shared something he has never told anyone before. It was an escape for me. Imma say something, I never said this in no interview, no podcast, or anything like that, Gates shared at the 4:40-mark of the interview. I grew up real, real violent, and real aggressive. Not because I wanted to be, but because I was molested when I was a child. Gates also revealed that a fear of being vulnerable led to him taking up martial arts.I took every kind of martial art you can take. I even boxed. I did everything. I wanted to be the toughest person on earth, but writing and making music was always an escape for me. Like, I never had the nuts to come out and say that, he further explained. This my first time saying this today. Gates being abused is something he has in common with Tyson. In a 2014 interview with Opie Radio, the retired pugilist said he was bullied and sexually abused by an old man who lived in the neighborhood. I know that route, too, Tyson added as he related to Gates traumatic experience. Why do you think I became the meanest motherfucker on the planet? Somebody did something to me. I didnt want it to happen again, so I became this guy. Gates continued, Take it to the furthest extent. Thats my story, but it was really everything that I did, even when people say like, Kevin Gates, hes this killer, Im not. Im not. But the reason I speak about it now is because I just released a mixtape, like maybe a few months ago, and guys walk up to me in the gym. Like, bodybuilders, hugged me and crying like, I went through the same shit you went through. So, I guess Im on the right path. But at the end of the day, I started, we started killing and things of that nature because we had a fear of being vulnerable. Gates also touched on his relationships, Muslim faith, and the idea of having beef with other rappers, a notion he laughed at during the interview. You can watch the entire episode below.