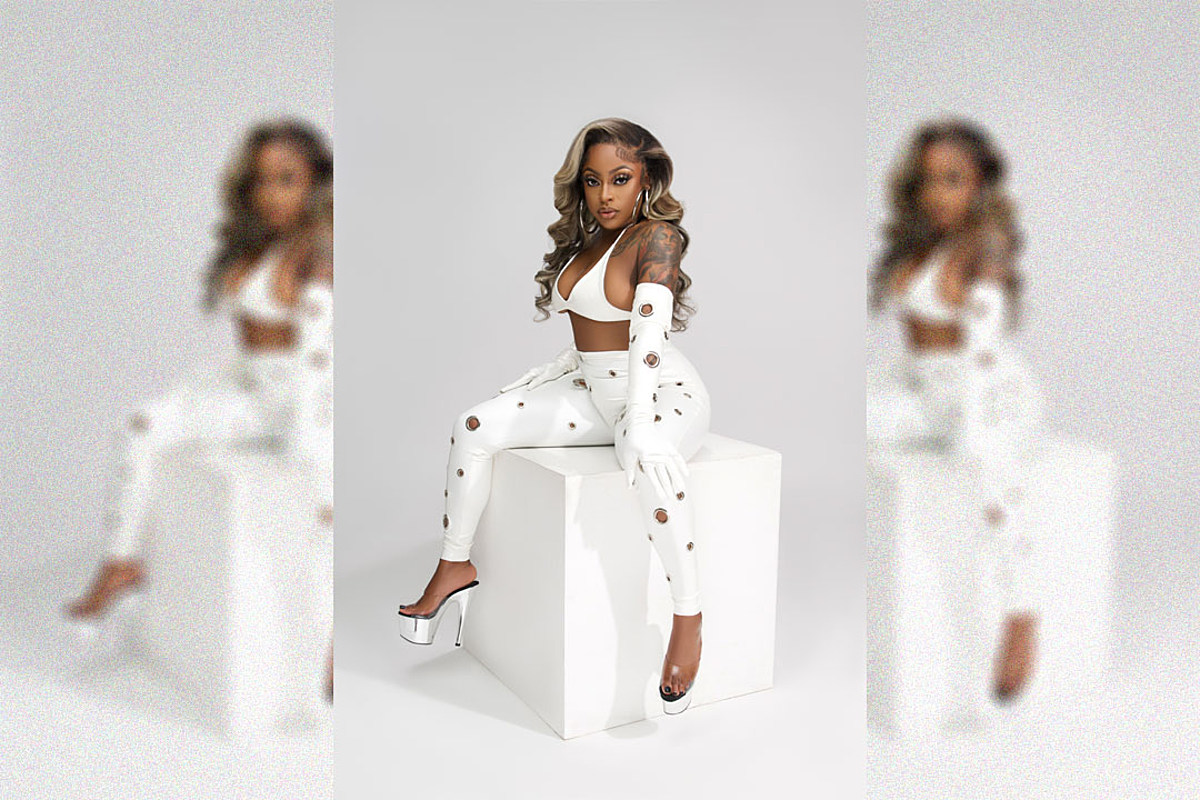 In the Winter 2021 issue of XXL magazine, KenTheMan discusses her new tour, getting cosigns from 2 Chainz and Snoop Dogg, her grind and more.

Whats My Name , plus her 2019 breakout single, He Be Like, which made waves in 2021, when it reached the top 15 of the Billboard Top Triller U.S. chart that summerits a different story. I know this time that I want some Don Julio, some Gushers and some Fruit Roll-Ups. KenTheMans ascent has been a slow burn, though a steady one. A song gaining viral fire two years after its release is proof of her magnetism; its the kind that just keeps growing. A product of Houston, Texas, Ken started freestyling in high school, but didnt start recording until she graduated. At 19, she began dropping freestyles over social media and was met with enough traction to take the next step. The rhymers inspiration came from artists like Nicki Minaj and Lil Wayne, whose creativity and sharp wordplay are equally felt throughout Kens style, though she clearly has her own signature sounda blend of sexy, fun and provocative energy. She cut mixtapes soon after, and her father would sell them to coworkers at his welding job despite the racy lyrics. I would dibble and dabble in the freaky, Ken, born Kentavia Miller, says with a laugh. I was really scared cause would listen to my music, and he was selling my mixtapes to his coworkers, so I was like, No, theyre gonna think his daughter is a ho! Her moniker KenTheMan began as a title to fill the username box on SoundCloud, where shed upload her music. Ken was taken so she got creative. I was gonna go by Ken when I dropped my first freestyle on SoundCloud, she explains. But, of course, Ken wasnt available so I just put TheMan. I wasnt really sticking with that shit. Instead, it stuck with her. A lot of people started saying, You go harder than dudes. You really the man. Ken possessed a gender-bending duality in her style that helped her garner new fans. Its like I really do have a dominant type of rap, the MC expresses. Like, I rap about girl stuff, but its hella aggressive and just hella demanding and hella confident like a man While Houston DJs pushed her music heavily over the years, Ken lacked support from local acts who she hoped would extend a hand. I wanted some guidance from the people that have been there before, she admits. I wanted some love from the other rappers that are bigger and stuff, but I didnt get that, so I felt like I wasnt getting support when really I was. It was right there , where I needed it to be. Her 2017 track, Deserve, was her formal introduction, though it wasnt until 2019 when she dropped He Be Like, that the world fully took notice and her glow up began. Ken was working independently for four years until 2019, when she caught the ear of her current manager, Melissa Keklak of MK Entertainment. Shes known as Problems former manager, and the former President of Blac Youngstas Heavy Camp. The female energy was palpable, as the two formed more of a sisterhood thats kept Kens uncompromising vision for herself and her career consistent. I had so many people when I first started shopping her be like, You have something, but change her name, and that was one thing I would never do, Keklak recalls. And theyre like, Well, its gonna be hard for her in this industry, and its like, well, then its gonna be hard for us. But is it really, though? Because if were staying true and authentic and on brand to what she represents, how do you not win? Ken continued dropping projects, including 2020s buzzworthy EP 4 da 304s. When the labels came calling, she preferred a partnership as opposed to a traditional record deal. We were flying everywhere in the last year, like, everyone wanted her, Keklak continues. Its a good problem to have, but in the same sense, its very overwhelming because you have 15 people here bidding on you and youre like, Where is the right home? Money was getting tight, but they didnt want to compromise. It literally took me six months to save up for the He Be Like video, Ken adds. Its expensive to be a rapper. After meeting with several labels, they negotiated a deal with Asylum Records in 2021 Ken felt the label was the perfect place for her. I was patient, and I did find somebody that actually cared about my mind and creativity and listened to me, she conveys. When she read her contract, she went line by line, noting every section that wasnt clear to her. Keklak did the same. It was less of an act of distrust and more as a means to understand every facet of her careerright down to the terms and conditions. See, Im a reader, Ken affirms with a smile. The fall 2021 release of her EP, Whats My Name, was the cherry on top of her hustle, as the project was a culmination of everything she had worked for thus far. Two major cosigns were also a big push, as 2Chainz brought Ken out on stage at Houstons Toyota Center for 2021s Legends of the Streetz Tour last fall and Snoop Dogg has frequently posted her music. It was like, Damn, Im at the Toyota Center with 2Chainz! she shares excitedly. And I dont know what it is, but Snoop Dogg loves him some