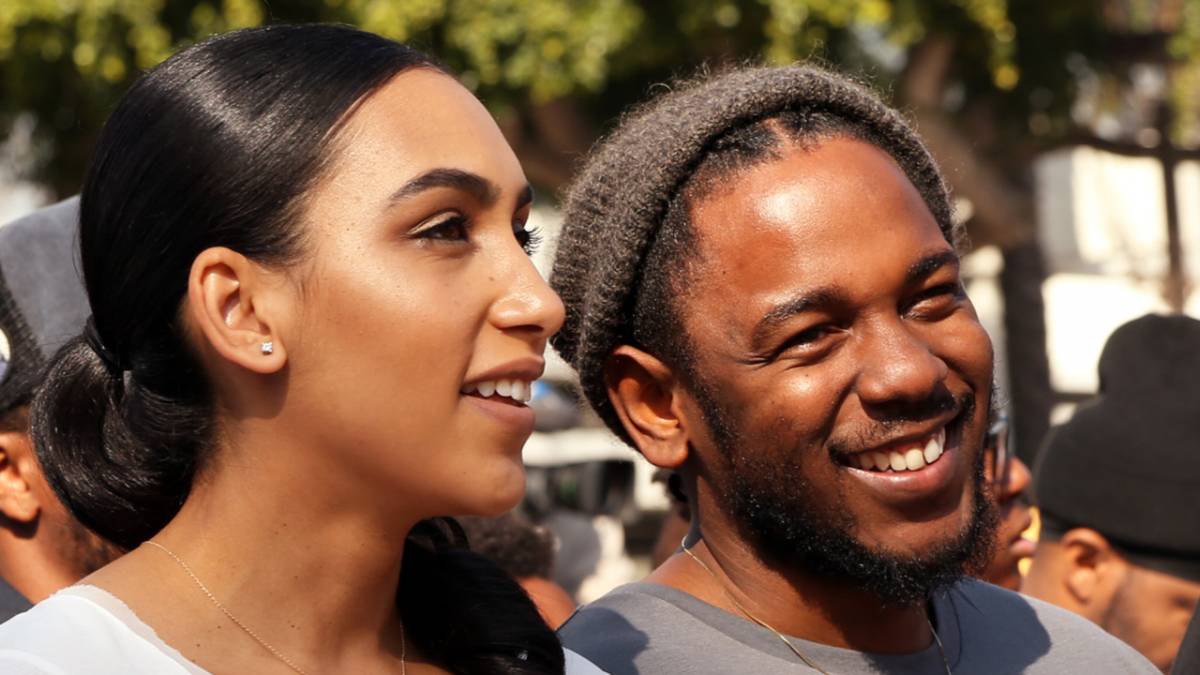 Kendrick Lamar's fiance shared a rare photo of the rapper and their two young children on Instagram while celebrating Father's Day.

May 13, 2022 Happy Fathers Day fellas! Today I am more than happy to celebrate the men in my life, Alford wrote. I choose to celebrate them for stepping up instead of stepping out, for providing, for assisting us women, for healing, for showing up physically and most importantly for showing up emotionally. She continued, In my life Ive witnessed a great majority of fathers run from their responsibilities. I now understand that they were running from their own pain but children were left behind. I understand they couldnt properly communicate with women so kids suffered the consequence of their absence. I understand they needed validation and most times it was sought after outside of the home. And it was quite painful for all of us who knew this upbringing. I was almost 30 the first time I celebrated Fathers Day and its still one of the hardest for me. I know there are many women like me. So men its not as important for us to celebrate you, as it is for You to celebrate You. Celebrate your contribution to the next generation. I am grateful for the men that are showing me a different picture, my lens was very narrow before but not anymore. Love you guys, keep showing up. Happy Fathers Day @kendricklamar. A post shared by Whitney Alford (@blushedbywhit) After remaining out of the spotlight for most of Kendrick Lamars career, Whitney Alford played a central role on Mr. Morale & The Big Steppers, urging her fianc to go to therapy and share his truth while narrating tracks like United in Grief, Father Time and We Cry Together. Kendrick addressed their relationship in candid (if not shocking) fashion on the somber Mother I Sober, on which he admitted to being unfaithfulto his high school sweetheart, to whom he got engaged in 2015. Intoxicated, theres a lustful nature that I failed to mention/Insecurities that I project, sleepin with other women/Whitneys hurt, the pure soul I know, I found her in the kitchen/Askin God, Where did I lose myself? And can it be forgiven?' he rapped. The song ends on a cathartic note, though, as Whitney tells Kendrick, Im proud of you. You broke a generational curse. The couples two-year-old daughter also makes an appearance on the album with an adorable spoken word cameo at the end of the track. In a 2017 interview with Rolling Stone following the release of his previous album DAMN., Kendrick Lamarspoke about the importance of growing up with a father. It taught me how to deal with emotions. Better than a lot of my peers, he said. When you see kids doing things that the world calls harmful or a threat, its because they dont know how to deal with their emotions. When you have a father in your life, you do something, hell look at you and say, What the fuck is you doing? Putting you in your place. Making you feel this small. That was a privilege for me. My peers, their mothers and grandmothers may have taught them the love and the care, but they couldnt teach them that. Subscribe to DX Newsletter Get The Most Important Stories Of The Day Straight To Your Inbox Thank You! Thank You! Thank You! Youre Far Too Kind To complete the subscription process, please click the link in the email we just sent you. Joining Newsletter