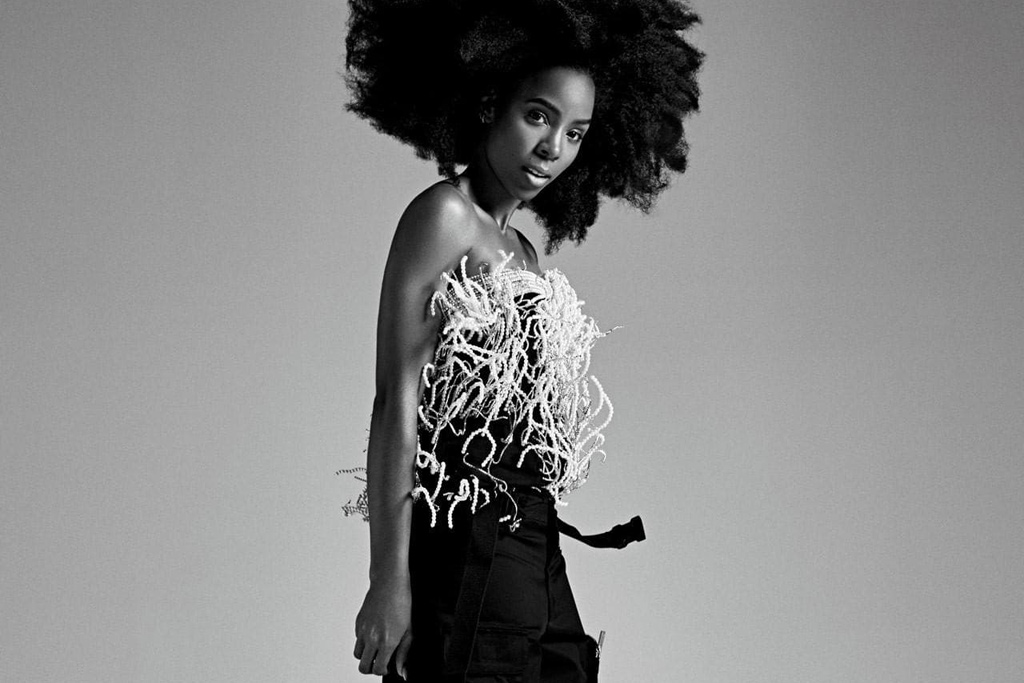 Kelly Rowland has found great peace, happiness and inspiration in the Land Down Under. For her role as a judge on The Voice Australia the singer, songwriter, author and mommy of one is in a truly special space in her temporary home in Australia. Rowland recently sat down with Vogue Australia for a revealing new Continue reading Kelly Rowland Talks New Album, Destinys Child Coachella Reunion, & More with VOGUE

Twitter Kelly Rowland has found great peace, happiness and inspiration in the Land Down Under. For her role as a judge on The Voice Australia the singer, songwriter, author and mommy of one is in a truly special space in her temporary home in Australia. Rowland recently sat down with Vogue Australia for a revealing new interview where she dishes on the direction of her new album, the Destinys Child reunion at Coachella, growing up with Beyonc, and much more. Sharing much more than ever before on her forthcoming album, Kelly discusses her break from music and the emotions behind everything that happened in her personal life since her last album Talk A Good Game. Her experiences with being a mother and losing her mother all in the span of a month impacted her the most. It hit a switch in me about the greatness and beauty, the quickness and simplicity of life. People just want to be happy, explains Rowland. I was thinking about pulling back from recording but I couldnt help myself: I still wanted to record. I still felt like I was missing something. The third year just came and left so fast. The fourth year I said: I have to get to work and now Im ready to release some music! Adding: I felt like I wasted so much time, and it was my husband who actually called me out on it. He said: Babe, as great as those records were, I think you were nervous, you got gun-shy, and when he said that it was like boom, a gong went off. She recalls reading about John Cassavetes telling Susan Sarandon that being a mother would make her less sensual. I was like coming into that, people trying to say that women cant be fly after having a baby, she says. But J.Lo defied that and said its not the case, Bey did it all these women do it and I was like: Fuck it, Im going to do that too. And thats when I started to pick up the pace a little bit. Then I got into the studio and started to find the groove and now the groove is there, its rolling. She loves the ocean in Australia. The water is giving me what I need to finish. In the middle of the night Im hearing melodies, lyrics or somebody can say something The universe is giving to the record in a place that Ive never experienced before and thats completely precious. And Im being honest, but the pressure makes you nervous. You know everything feels right, but you want to make sure its perfect. When Rowland returns to LA she will go into the studio and finish it, and there will be collaborations. Ive been working with Syd from The Internet on one record, she reveals. Kelly brought her own serious fire with the Destinys Child reunion at Coachella in April. Coachella was so much fun. The funny thing is, I told Delta . I think she was the only person I told, maybe Joe as I thought he might be there. Coachella was so much fun. The best part was the secret, then seeing peoples reaction when it was such a surprise. We rehearsed like crazy. I would go back to LA and we would be in rehearsals. They were intense. It was so much fun, she continues. When we finished I was sad, thank God Michelle and Bey were still in town, so I could still see them. It spoiled me all the time we were able to spend together, but that creative time is pretty remarkable when we are together. It really is. What a blessing, right? And we still love each other. We were laughing at that one day. We were getting ready, but our kids were running around. Thats the fun part; its the sweetest thing: they are going to be friends, because we are all so close. Coachella was awesome. to read the rest of the revealing interview where Kelly talks about performing with Stevie Wonder, relationship with her mother and estranged father, growing up with the Knowles, her marriage and wedding, and more. (Photos by Jesse Lizotte)