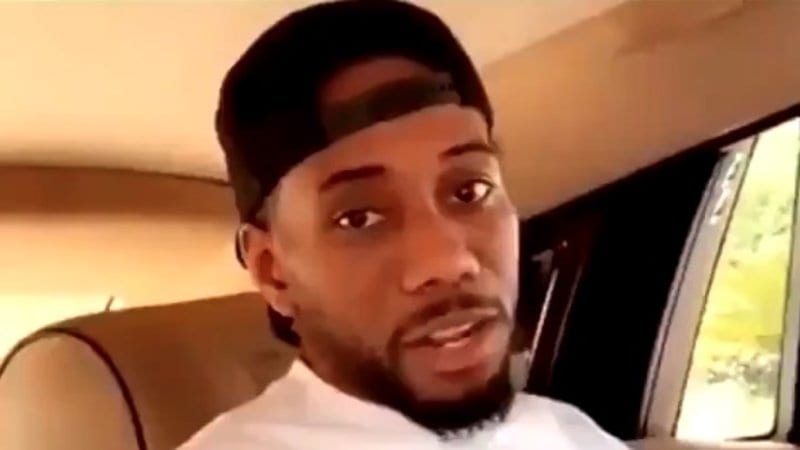 Visit streaming.thesource.com for more information While he isnt a man of many words, The Claw has grown into one of the NBAs premier talents. After delivering a championship to the Toronto Raptors in 2019, he unequivocally solidified himself in the elite of NBA players. Now he is adding on to basketball prowess with music curation. Leonard hopped on Instagram Live on Monday, May 3rd to speak with Lake Norman Christian High School basketball star,Mikey Williams about an upcoming project. The 2-time NBA champion also revealed that it was his first time on IG Live. Advertisement We got a Culture Jam project, stated Leonard. Were just merging Hip-Hop and basketball together, you know what I mean. Coming from our background, it goes hand in hand. He then proceeds to tell Mickey that the first song from the project will feature NBA Youngboy and Rod Wave. According to Kawhi, the track, entitled, Everything Different is fire. He thanks Williams for his involvement in the project as well. Before ending their conversation, Mikey Williams also said he plans to drop the music video to the NBA Youngboy & Rod Wave collab on his IG during its Friday release date. Kawhi Leonard teases a new track called Everything Different featuring YoungBoy Never Broke Again and Rod Wave (h/t