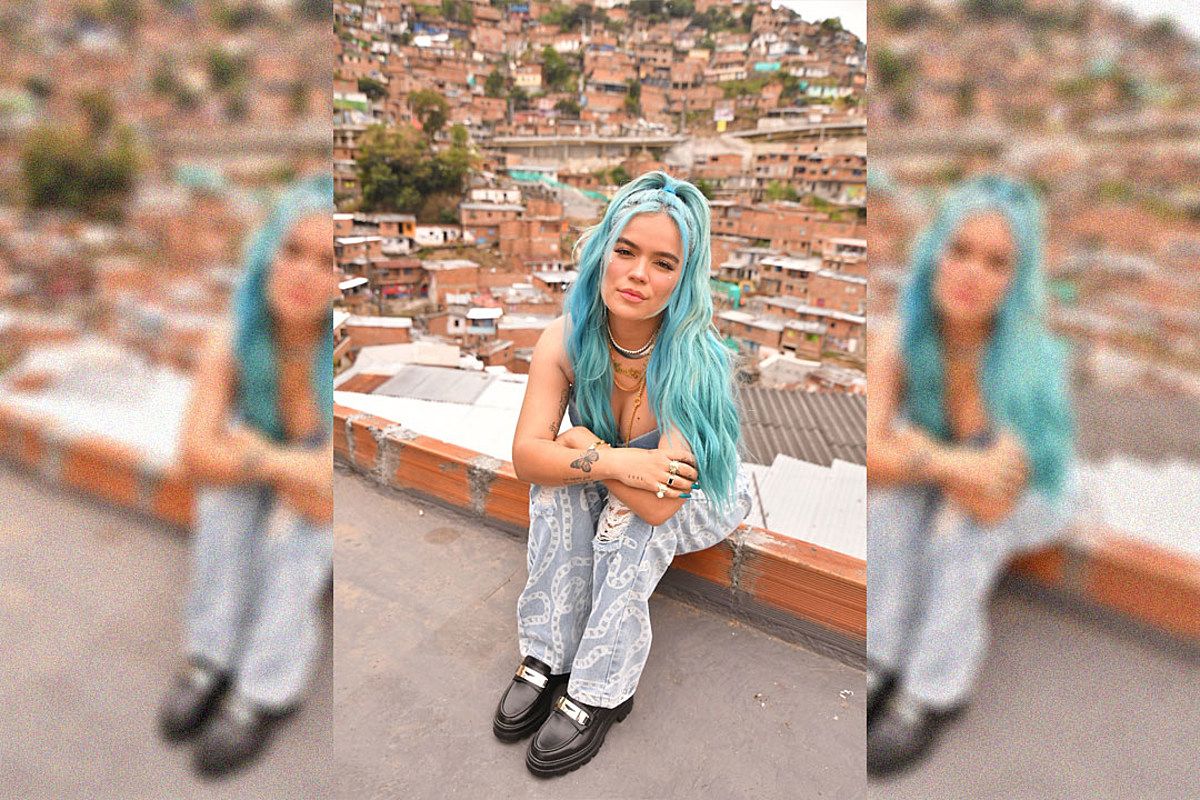 In XXL's Summer 2021 issue, we talked to Latin trap-pop artist Karol G about working with Nicki Minaj on Tusa, being featured on Pop Smoke's debut album and more.

Colombian music star Karol G has found inspiration in hip-hop. Interview: Bianca Torres Editors Note: This story originally appeared in the Summer 2021 issue of XXL Magazine, on stands now. Latin trap-pop singer Karol G loves all types of music, but hip-hop has a special place in her heart. Born and raised in Medellin, Colombia, the 30-year-old star was an avid hip-hop head growing up. As her music career exploded, she was eager to collaborate with some rappers. In 2017, Karol dropped her two-times platinum debut album, Unstoppable. That same year, she did a remix to her breakout hit Ahora Me Llama, which featured Migos Quavo The record was a success, going 10-times platinum. Two years later, Karol released her huge hit Tusa featuring Nicki Minaj which has gone 35-times platinum in the U.S. alone. Most recently, Karol collaborated with Ludacrison the track Beautiful Boy, off her third album KGO516. Here, Karol G talks about meeting Nicki Minaj, feeling like a member of G-Unit and more. XXL: When did you start listening to hip-hop? Karol G: I love hip-hop. Like, I was a really huge fan of Eminem, but like, really bad. The Marshall Mathers , thats my baby. I used to get videos from my family in the United States. In school, I used to be in love with G-Unit and have the posters and everything, the sneakers. When I was in school, my name is Carolina, they used to call me Carolina G because of G-Unit. So, when I started looking for my artist name, it was Karol G because of that. You may have to have 50 Centon your next album. I had something on the Pop Smoke albumcalled Enjoy Yourself. I talked to in a few messages. He was so nice. Telling me that Pop Smoke before he died, he spoke with Tyga about me being on that song and that was crazy for me, too. Your video with Nicki for Tusa has over 1 billion views. What made you choose her for that song? , my label told me that with Tusa, we have the No. 3 most-awarded song in the world. I never wouldve thought that I could do a song with Nicki Minaj and that song was No. 1 in the world. We started sharing messages on Instagram. She started following me, then we shared some songs. We couldnt find one that I liked and that she liked. But then, I had Tusa and I sent it to her and she loved it. Her answer was, Thats the shit I was looking for. After five hours, she sends me her verse. She recorded so fast. And after one month, we shot the video. Everything came like, super organic. You recently worked with Ludacris. Hes on your album KG0516 as a feature on the song Beautiful Boy. I was just looking at some videos on TikTok at night and then I watched a video of a girl. She was doing a cover of Beautiful Girls . So, I took that video and sent it to my producer. And we created a really good song. And I was there, I was like, Hey, if we put Ludacris , like how they did on Baby, the Justin Bieber song? I called my label and was like, Hey, please, I need Ludacris on this song. They put me on a video call with Ludacris. He told me, You know what, Karol? My kids are crazy with Ocean your song. And, I was like, dying because Ludacris told me his kids like my music. Who are your favorite rappers at the moment? I can say Pop Smoke, that album is crazy. J. Cole with that last album. Drakeis amazing, too. I love him so much. I love Travis Scott Its not just about the music, its the creativity he has. He creates different brands. One thing that I admire about him a lot is the way he creates an experience for everything. Is there a rapper youd want to work with in the future? I forgot to mention Kendrick Lamar fascinates me. Id like to work with Kendrick Lamar. Check out more from XXLs Summer 2021 issue including our Freshman Class coverinterviews with 42 Dugg Iann Dior Coi Leray Pooh Shiesty Flo Milli Morray Rubi Rose Blxst Toosii Lakeyahand DDGproducer