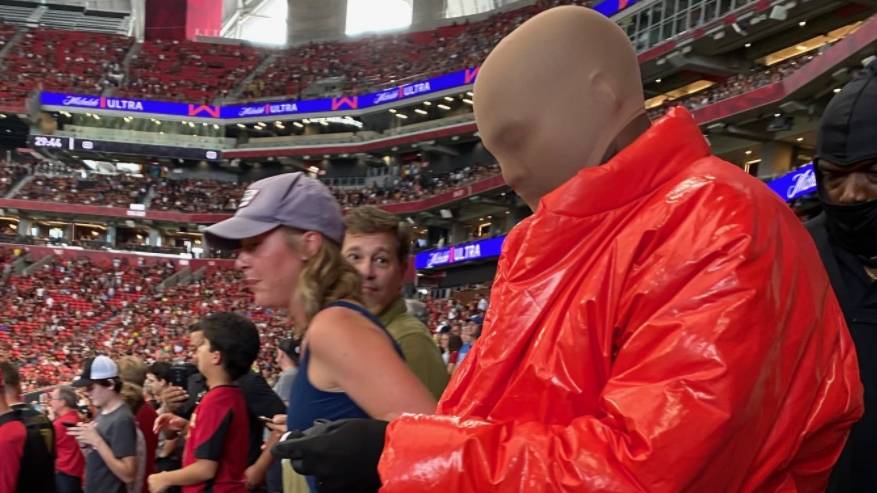 On Tuesday (July 27), Kanye West shared a rare Instagram post of his living quarters at the Mercedes-Benz Stadium in Atlanta.

Kanye West Reveals Atlanta Stadium Living Quarters As He Finishes 'Donda' Album Published on:Jul 28, 2021, 9:20 AM by 0 Atlanta, GA Despite Kanye Westsbillionaire status, hes living more like a college student these days. On Tuesday (July 27), the eccentric rapper shared a rare Instagram post of his living quarters at the Mercedes-Benz Stadium in Atlanta, where hes been finishing his long delayed Donda album. The modest room has cement walls, a twin bed, flatscreen television, clock, tiny closet, some workout equipment and grey carpet. It appears hes also living out of a small black suitcase thats propped up next to the closet. The post has received over 1.5 million likes and over 30,000 comments. Even without a caption, the photo kind of says it all.