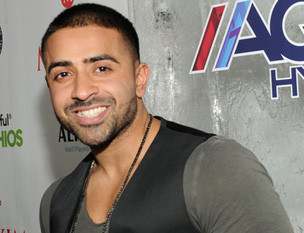 A judgment was made in Orange Factory Music's $1 million lawsuit against Cash Money Records regarding Jay Sean's albums.

Jay Sean s albums. The ruling was confirmed, according to TMZ after the recommendation was made last month for Cash Moneyto pay up. Birdman has 21 days to pay the production group the money. (This article was last updated on January 29, 2016 and is as follows.) A judgment was made Wednesday (January 27) in the Cash Money Records lawsuit over Jay Sean s albums, according to Billboard Magistrate Judge Karen Wells Roby recommended that Cash Moneyowes production group Orange Factory Music $1.14 million for its work on two of Jay Seans albums, 2009s All or Nothing and 2012s Japan release, So High. Eight tracks from the former album, including the hit song Down, were produced under contract and the ruling says the producers are owed the royalties for their work. Cuts from So High, including 2012, were made without any written agreement. Roby said Orange Factory Music should be named as co-authors of the songs and receive 50 percent of the revenue from those tracks. The ruling will become official when Robys recommendation is adopted by a District Court Judge. Jay Sean left Cash Money in 2014 (This article was first published on November 17, 2014 and is as follows.) A group of music producers are suing Cash Money Records for the sum of $1 million after working on singer Jay Seans2009 album, All Or Nothing. According to TMZ the group of producers, who work for Orange Factory Music, produced seven songs on Seans All Or Nothing album. They also produced Down, a single from the album, which also featured Lil Wayne. Those at Orange Factory Music have received some payment for their production work, but the group of producers says it took two years for them to receive their first check and have only received royalty statements. Orange Factory Music is suing Cash Money Records directly and not Jay Sean. As of this year, Jay Sean is no longer signed to Cash Money Records. News of Orange Factory Musics lawsuit comes days after it was revealed that a lien was filed against Cash Money Records CEO Birdmandue to money owed to a construction company who renovated his Miami, Florida mansion. RELATED: