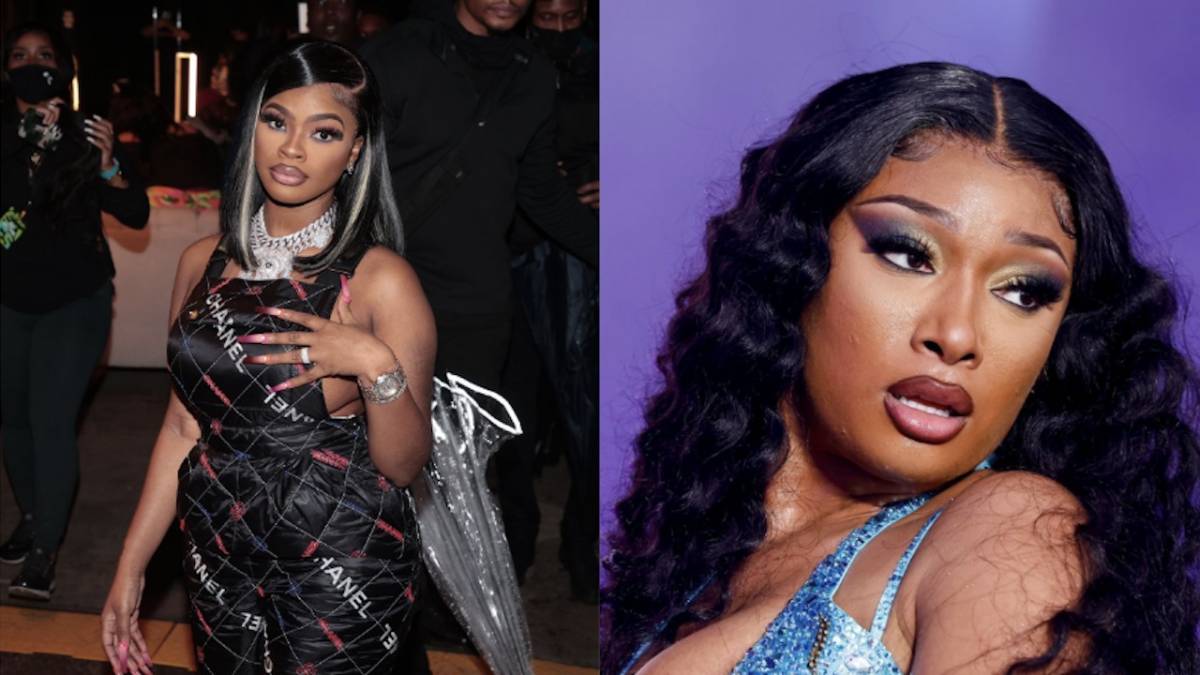 City Girls' JT is speaking out for the first time about her now infamous wardrobe malfunction at the 2022 Billboard Music Awards.

JT of City Girlshad a rather unfortunate night at the Billboard Music Awards on May 15. The Miami rapper had walked on stage with her City Girls sister Yung Miami to present the award for Top R&B Artist. While their Pussy Talk collaborator Doja Cattook home the prize, the main topic of conversation was JT as she suffered an unfortunate wardrobe malfunction on stage. Photos of JTs accidental reveal went viral, and while most of the reactions ranged from shock to curiosity, she quickly chimed in, telling fans to relax as she had on black panties for the occasion. It wasnt until JT caught up with Megan Thee Stalliondid she realize fans saw a bit more than her black panties at the MGM Grand Garden Arena. During a recent chat with Speedy Norman for Complexs 360 series, JT and Yung Miami gave their reactions to the moment and how it was the icing on top of a very long day. We walked to our stage and the first person we had seen was Megan and she was like, Girl, your whole pussy was out!' JT told Norman around the 15:50 mark. And Im like, Huh? Cause I had no clue. She was trying to tell me while I was on stage but I never looked down. I was not gon try to look nobody in they face. They was sitting under us. She continued, She saw it and I kinda brushed it off. Then I went to my seat and I checked my phone, and I seen it and I told Caresha, Thats so embarrassing. Dont tell her none of your problems! Cause she the type of person thatll make it worse! I said damn, my shit really out. I knew I had draws on but Caresha was like, It is.'