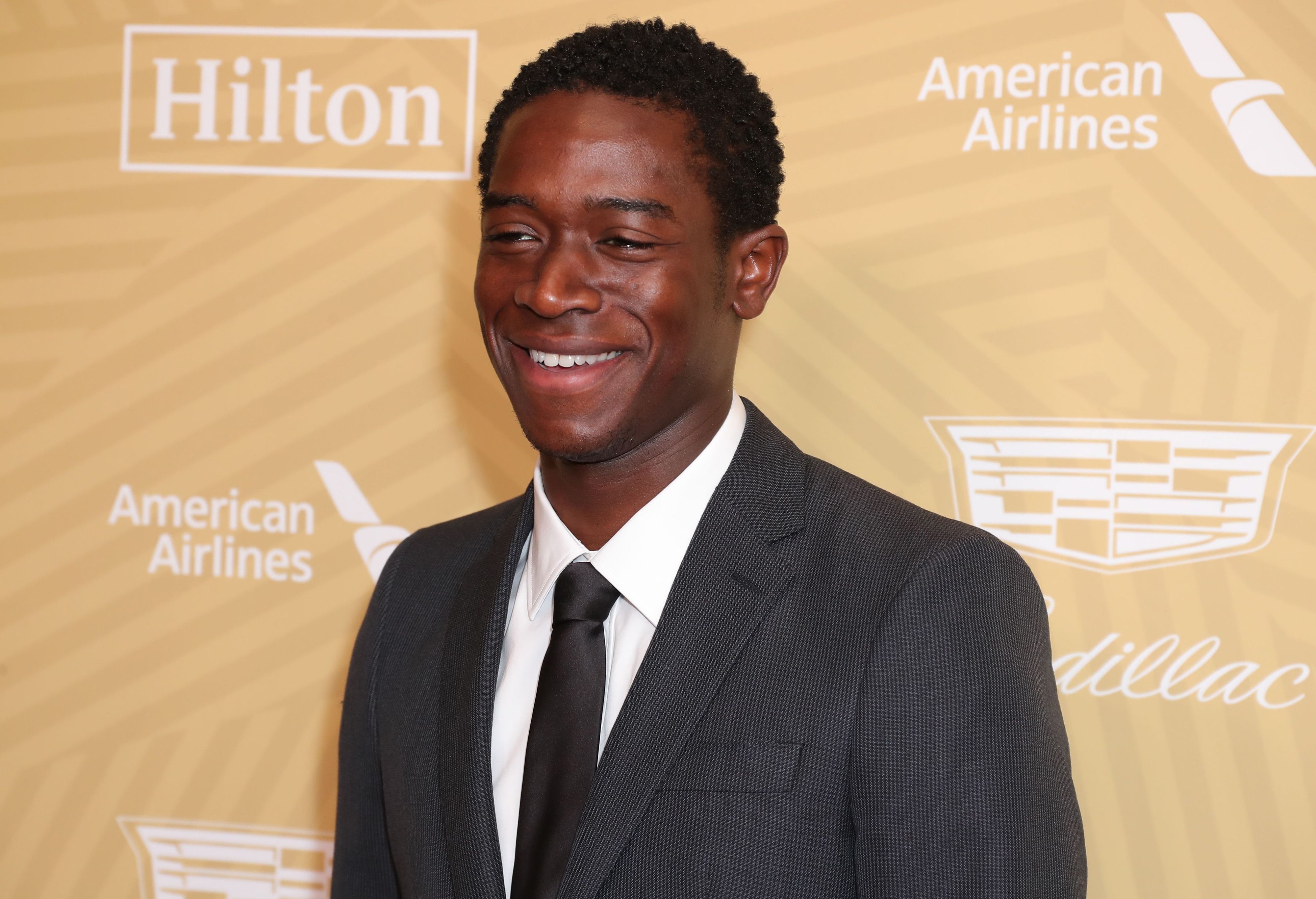 To view this video please enable JavaScript, and consider upgrading to a web browser that supports HTML5 video Snowfall actor Damson Idris added to Jay Zs 99 problems when he accidentally appeared topless in a Zoom call. The British actor, who plays drug dealer Franklin Saint in the hit FX series, didnt realise hed be on the video chat with the Grammy-winning rapper and didnt exactly dress for the occasion. Recalling how the awkward moment came about, Damson told Robin Roberts on Good Morning America: At the start of the pandemic I didnt know what Zoom was. I was a Skype guy. So my friend says, Jump on Zoom, its our friend Lennies birthday. So I jump on the Zoom and immediately everyones laughing because Im topless, I thought there was gonna be four people in there theres 40 people in there. Breaking into an incredibly impressive impersonation of Jay Zs accent, Damson continued: I hear a distinctive voice and like, Eh man, this mans in here topless with his nipples out and he got the grey headboard. Whos in charge of the Zoom? Yo, Shafer you in charge of the Zoom? Yeah, you see that guy Damson? Kick him out. Im like Damson? Im Damson! I start covering my nipples. Im scrolling across and Im like, theres not four people in here, theres 40 people and theyre all celebrities. Theres Meek Mill, Dave Chappelle, Kevin Hart, Michael B Jordan, Tiffany Haddish. The list just keeps going on and I land on the distinctive voices face and its Jay Z. I am sweating, Im so nervous. Damson Idris has learned to put his clothes on before a Zoom (Picture: Getty Images) Damson, 29, thought he could charm his way out of the situation by getting a hoodie and announcing he was going to bed. However, Jay Z couldnt resist a good roasting session to make Damson sweat even more. The actor revealed: Jay Zs like, Okay, so you wear a hoodie to bed? You busy like you said, you in London so obviously its Lennies birthday so why dont you just give your little speech and be on your way. Jay Z wasnt letting Damson leave the Zoom without a good roasting session (Picture: Getty Images) He joked: I was so angry, I logged out the Zoom, I was running around my house like I hate Jay Z. Weve all come across some absolute corkers when it comes to Zoom blunders in lockdown but Damson hands down wins in this category. Damson has won applause for his portrayal of drug dealer Franklin in Snowfall, which recently debuted season four. Hes also starred in The Commuter alongside Liam Neeson and Farming with Kate Beckinsale, as well as Netflixs anthology series Black Mirror. Got a showbiz story? If youve got a celebrity story, video or pictures get in touch with the Metro.co.uk entertainment team by emailing us [email protected], calling 020 3615 2145 or by visiting our Submit Stuff page wed love to hear from you. MORE : Kim Kardashian confusing hailstorm for snow is the best thing youll see today: This is really crazy! MORE : Matthew McConaughey is considering running for governor of Texas