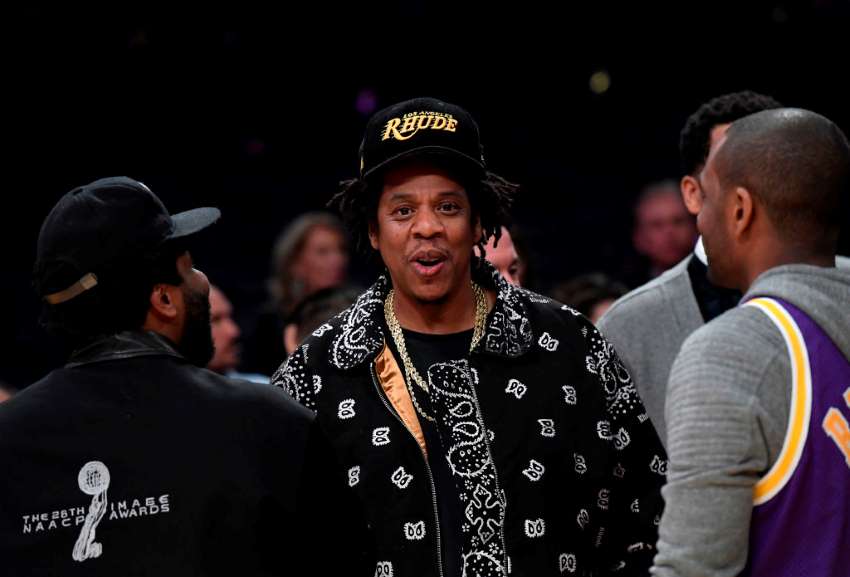 Jay Z Ace Of Spades joins the big boys in new partnership GOOD TIMES: Jay Z looks forward with champagne brand JAY Z HAS sold fifty per cent of his famous high end fizz, Armand de Brignac, to French multinational corporation and conglomerate LVMH. The move sees the popular drink, also referrred to as Ace Of Spades, join ranks with Mot & Chandon, Veuve Clicquot, Dom Prignon and many more. In an interview with WWD Philippe Schaus, chief executive officer of Mot Hennessy said Jay Zs brand had revolutionized the champgane marketplace. Jay Z has been associated publicy with the brand since 2006 when Armand de Brignac made an appearance in his 2006 music video for Show Me What You Got. In June 2011 Mark Cubanspent $90,000 on a 15-litre bottle (10 magnum bottles) of Armand de Brignac in celebration of the Dallas Mavericks NBA Championship. Schaus said: We had been following its success over the last few years and we thought, this is crazy. Most Champagne brands see very modest growth, and he was just shooting up through the ranks. We tasted the Champagne and we said, yes, there is something to be done together. He added: We are already global leaders with our prestige Champagne brandsDom Prignon, Krug and the prestige cuves of Veuve Clicquot and Ruinartbut Armand de Brignac has created another niche and in some respects revolutionized the prestige category, so we wanted to be part of that. They opened Champagne to a new clientele, so in that sense, its a great complement to our portfolio.