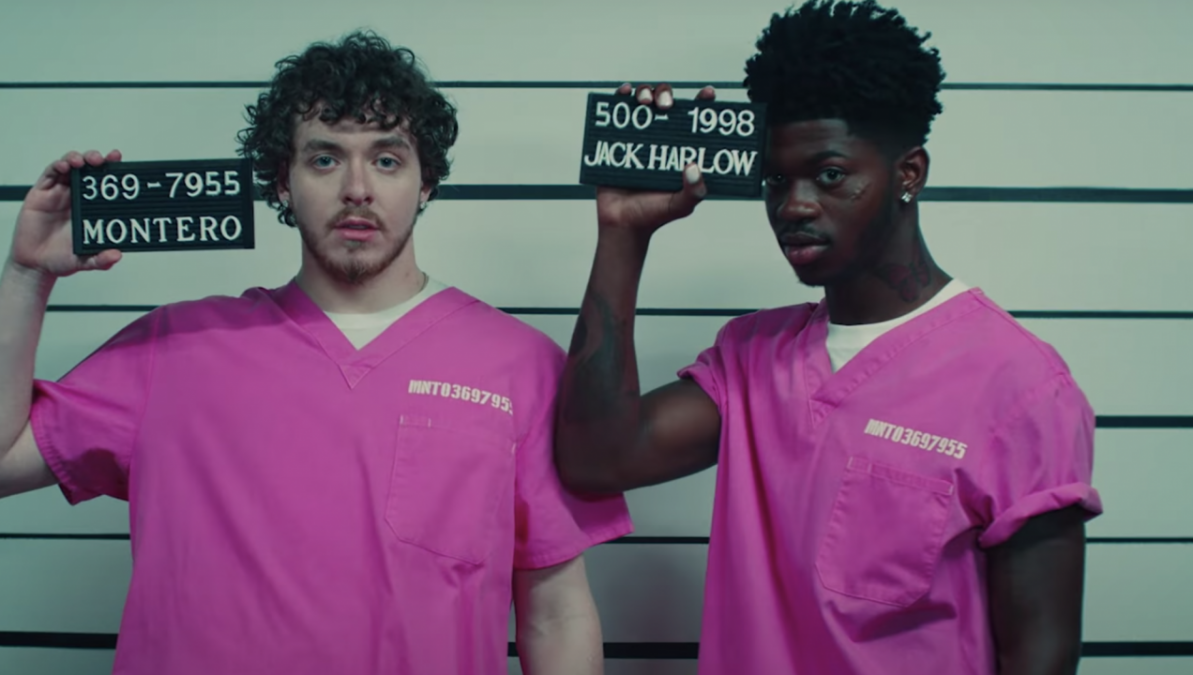 Jack Harlow whose character stands in as the heterosexual balance throughout the uncaged prison frenzy took to Twitter as the video dominated social media and YouTube conversation, elaborating on how proud he was to be etched into Industry Baby lure. Naturally, he did it in a Jack Harlow-type way. wrote the whole treatment for this video and I followed his lead every step of the way, the Tyler Herro rapper wrote. If he had asked me to be in that shower scene I woulda been in that shower scene. I just let the mastermind cook. Honored to be apart of it. He then teased his newfound collaborator with a semi-erotic black-and-white photo from the video photoshoot. Stop looking into my eyes @LilNasX