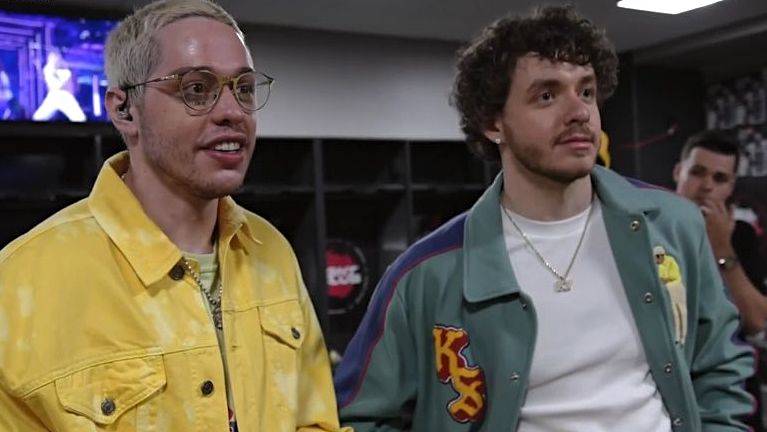 YouTuber Jake Paul and former MMA fighter Ben Askren hopped in the Triller Fight Club ring but not before Jack Harlow and Pete Davidson interviewed him.

DMX's Family Issues Statement As He Remains On Life Support In Critical Condition Triller/YouTube Jack Harlow Looks On As Pete Davidson Grills Jake Paul About Sexual Assault Allegations Ahead Of Triller Fight Published on:Apr 18, 2021, 12:07 PM by 0 Atlanta, GA YouTuber Jake Pauland former MMA fighter Ben Askren hopped in the Triller Fight Club ring on Saturday night (April 17), a match facing accusations of being rigged after Paul knocked Askren out in the first round. But prior to the fight, Saturday Night Live actor Pete Davidsonand rapper du jour Jack Harlowpaid Jake Paul a visit in the locker room, where things got a bit uncomfortable. Among Davidsons first questions for Paul reportedly involved the sexual allegations he faced earlier this month, although the actual question is muted in the clip circulating online (presumably for legal reasons). But Pauls response is audible though and he says, You cant joke about that, to which Davidson replies, Im not, Im not. You good? Harlow chimes in with, I feel like if I was a boxer, the last thing Id want is this right before I fought. If I was a boxer, I feel like the last thing Id want is motherfuckers coming in here asking me questions. Paul then assures him theyre good.