Ice Cube to release album with Snoop Dogg, Too $hort and E-40 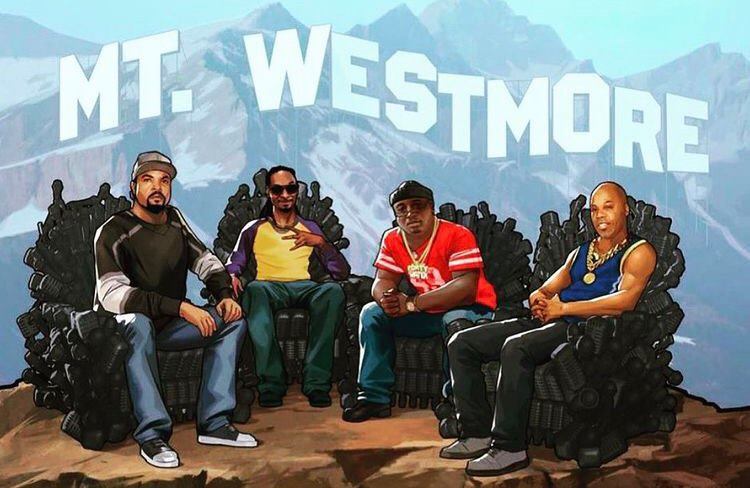 Next month, California legends Snoop Dogg, Ice Cube, Too $hort and E-40 will team up for a supergroup album titled, Mt. Westmore.

Next month, California legends Ice Cube, Snoop Dogg, Too $hort and E-40 will team up for a supergroup album titled Mt. Westmore. Too $hort revealed the details in an interview with DJ Vlad: If you dont really know, Mt. Westmore is a group that consists of myself, E-40, Ice Cube and Snoop Doggy Dogg. Its not a thing that we dreamed up, its a thing thats really real. We have recorded somewhere in the neighborhood of 50 songs. Volume 1 will be released in April and the rest of the volumes will follow. As if the star power between the four acts wasnt already enough, $hort previously announcedthat none other than Dr. Dre would feature on a Mt. Westmore track: Dre is on there, Snoop got him on there. Thats Snoops guy, thats Ice Cubes guy, they shot a big movie together. He already did his part. Its already certified. Hes on the project. The group are set to make their performance debut next month at Trillers Fight Club event on April 17. There, YouTuber Jake Paul is set to compete against UFC fighter Ben Askren. Snoop appeared at Jake Pauls last fight in October, where he also commentated and performed. Snoop Doggs hilarious commentary on Jake Pauls last fight For more music coverage, please visit the Music