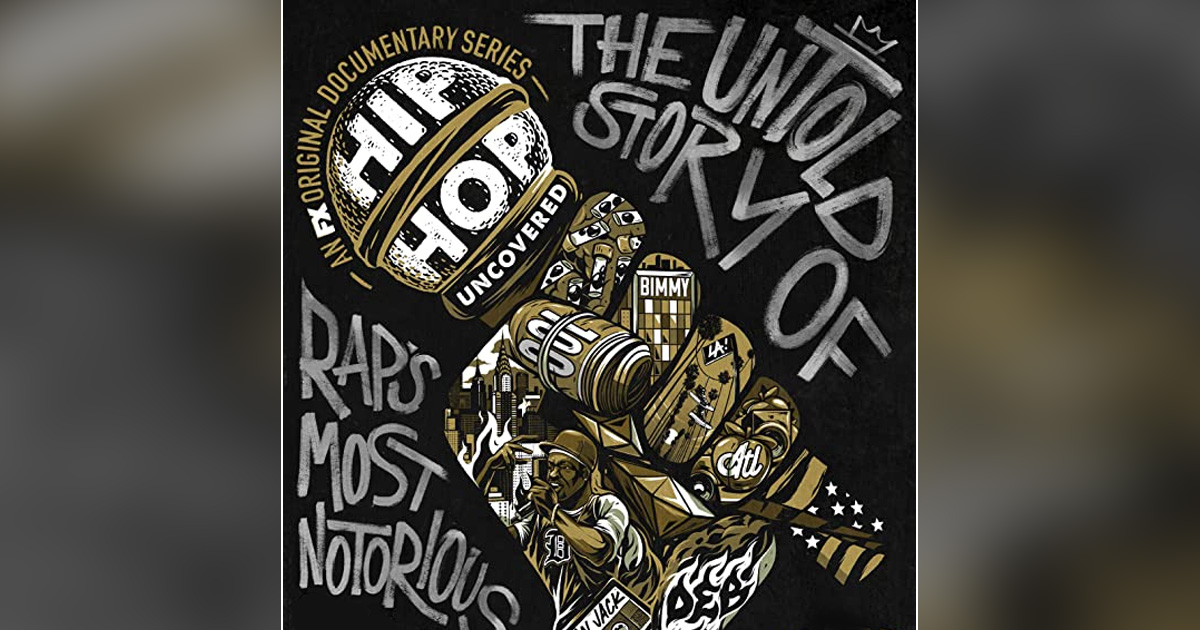 Four decades in, hip-hop is not just a music genre, but a microcosm of the nation. At its core, the genre embodies the concept of the American dream - to transcend one's environment in search of a b

Hollywood News Hip Hop Uncovered: From Mike Tysons Commentary To Haitian Jack Becoming Your Favourite OG 5 Takeaways From The FX Series 'Hip Hop Uncovered' offers a unique perspective at how hip-hop and its relation to the streets have changed through the years. By - March 3, 2021 As The FX Docu-Series Ends, Here Are Hip Hop Uncovered Takeaways That Are Sure To Stick On ( Photo Credit IMDb ) Four decades in, hip-hop is not just a music genre, but a microcosm of the nation. At its core, the genre embodies the concept of the American dream to transcend ones environment in search of a better life and with that comes its own challenges. FXs latest documentary series, Hip Hop Uncovered (also streaming on Hulu), explores the origins of rap and how its maturation has affected the communities that birthed it, as well as the country at large. Advertisement Produced by Malcolm Spellman and directed by Rashidi Natara Harper, the two pull back the curtain on some of hip-hops unsung heroes and shine a line on those who have been working behind the scenes since its inception. Following rap originators Deb, Big U, Trick Trick, Haitian Jack, and Bimmy among others, Hip Hop Uncovered offers a unique perspective at how hip-hop and its relation to the streets have changed through the years. As Hip Hop Uncovered comes to a close, here are five takeaways from the fascinating series. Advertisement Mike Tyson is a legitimate character in hip-hop history. While the series featured a handful of impressive cameos aside from its five main narrators such as Dr. Dre, T.I., and Snoop Dogg among the more memorable guests was boxing champ, Mike Tyson. Growing up in Brownsville, Brooklyn, and being around characters like Haitian Jack from an early age, Tyson encountered street violence in his backyard and saw hip-hop reflect his own life. Trending Lady Gagas Dog Walker On Surviving The Deadly Attack: I Am Still In Recovery From A Very Close Call With Death Being the youngest heavyweight champion at 20-years-old, Tyson was still a kid when rap began to blossom, but would end up playing witness to significant moments in hip-hop history, like the murder of Tupac. The rapper-actor-poet was shot and killed mere hours after watching Tyson fight Bruce Seldon in Las Vegas in 1996. Tysons commentary proved meaningful, expanding the lens of hip-hops story beyond the scope of only artists and music media executives. Haitian Jack is your new favourite OG. While many might recognize Haitian Jacks name from Tupacsinfamous posthumous track Against All Odds, where Pac notoriously called him a snitch, the docuseries reveals that there was much more to their relationship than that diss record. Telling all his stories from the sanctity of his fortress in the Dominican Republic, Haitian Jack reveals that he was a pivotal figure in inspiring how Tupac operated in the street-run rap scene early on. Not only that, but Jack also asserts that Pac modelled his role as Birdie in Above the Rim after him because he wanted the character to feel more authentic. They ended up falling out before Pacs murder. Some 25 years later, Haitian Jack endures as one of the genres most interesting characters, and maybe your new favourite OG. Street credibility does not equate to industry loyalty. In a culture where honour on the street was once held in the highest regard, it has become increasingly apparent that rap has lost some of those tenets. Blame the money: as rap became more profitable, it distanced itself from the code of integrity and authenticity. And with the arrival of social media, its now a case of the OG vs IG, said Deb in the series The only difference between street code and industry code is the level of consequences, T.I. added. When street code was paramount in the 80s and 90s, haphazard accusations of snitching could cost someone their life. In the hip-hop industry now, bad behaviour equates to more clicks and views. Nipsey Hussles impact is everlasting. We already knew this, but it felt even more impactful coming from people who had helped Nipsey Hussle grow from the very beginning. Big U was an influential figure in Nipseys life and instilled in him some of his values like investing in your community, generational wealth, and the importance of leaving a legacy. These were all things the Rollin 60s OG had learned while spending 13-years in prison. Once Big U was released at the age of 37, he dedicated his life to giving back to his local and rap communities. A throughline to the series was the importance of artists having elder statesmen by their side early to help guide them through the pitfalls of the music industry, and Big U was that for Nipsey, as well as other artists like west coast legend Kurupt. It was just powerful to be reminded of how bright Nipsey Hussles light shined, and how it was extinguished far too soon. Violence comes with the territory. Hip Hop Uncovered serves up constant reminders that rap has always been surrounded by violence. Whe