Gunna Gets His Own Day In South Fulton, Georgia 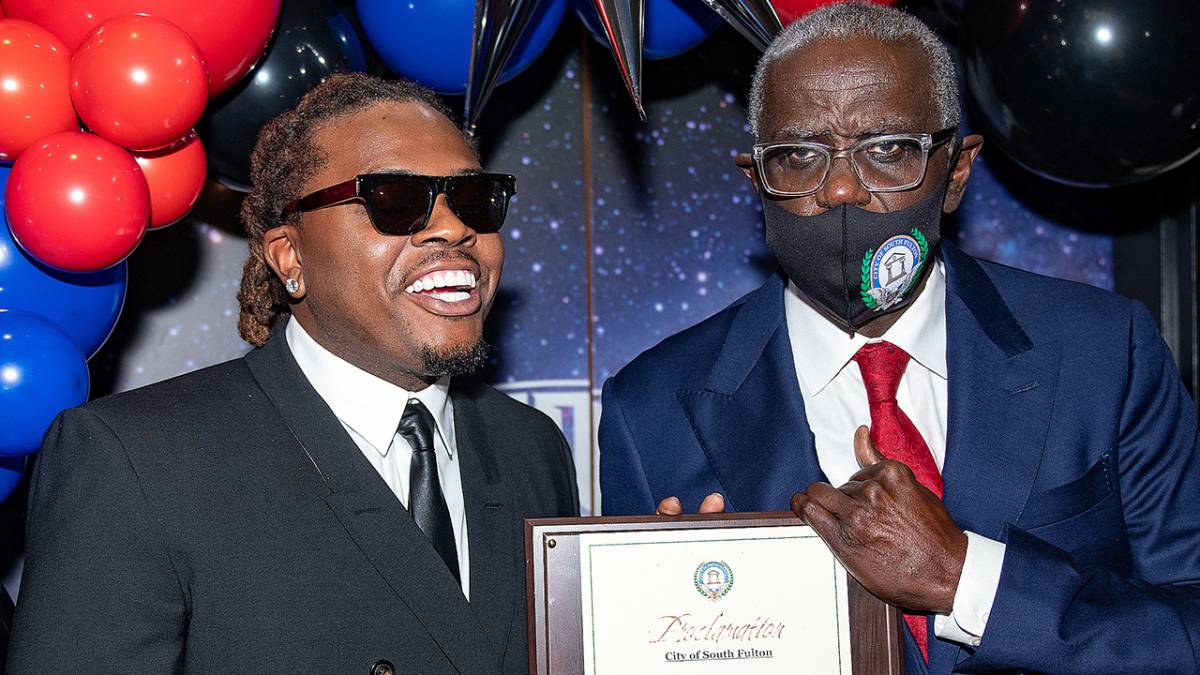 Gunna was awarded his own day in South Fulton, Georgia on Thursday (September 16) for community service and outstanding contributions to music.

Gunna Honored With His Own Day In South Fulton, Georgia Published on:Sep 17, 2021, 5:24 AM by 0 South Fulton, GA Gunnawas officially awarded his own day in South Fulton, Georgia on Thursday (September 16). Styling a suit with shorts, the Young Stoner Life rapper was personally honored by the citys mayor, William Bill Edwards, who handed over a declaration recognizing his achievements. The proclamation notes Gunnas success as a rapper, songwriter and fashion influencer after being raised by a single mother with his four brothers, along with giving back to the community and supporting people in times of need. Just like the Phoenix, rising above the ashes of adversity, Gunna is committed to giving back to the community that raised him, buffered him, sheltered him and supported him by creating Gunnas Drip Closet and Goodr Grocery Store which is set to provide students of McNair Middle School with access to free meals, clothing and toiletries for years to come, it reads.