Future Is Emotionless When His Security Guard Chokeslams Female Fan 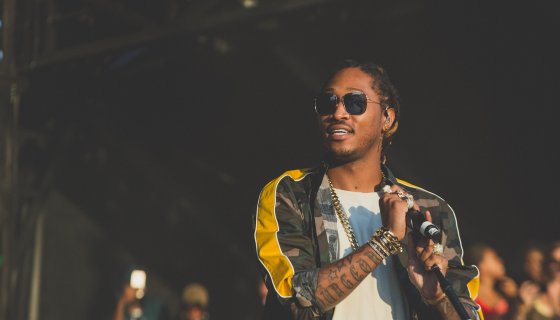 If you're a big fan of Future please make sure to respect his personal space. One of his followers found out the hard way.

CLOSE Source: @PhotosByBeanz / @PhotosByBeanz If youre a big fan of Futureplease make sure to respect his personal space. One of his followers found out the hard way his team is not for play. As spotted on Hot New Hip Hop the Atlanta trapper turned rapper was out partying, presumably around Grammy weekend. In a video recorded by an onlooker a female fan attempts to get close to Hendrix but is unsuccessful thanks to his security detail. Clearly she wasnt taking no for an answer and pushed the issue by trying again which prompted one of his guards to forcibly push her to the ground. The altercation took a turn for the very worst and she took the shove personally and started attacking the masked gentleman in defiance. What happens next is a page pulled out of Undertakers move list as the guard grabs the woman and chokeslams her to the ground to the dismay of everyone in the crowd. Surprisingly the Turn On The Lights rappereven didnt bat an eye as shown on the footage. Naturally the clip quickly caught traction on the internet thus prompting his fans and haters alike to question his lack of compassion during the incident. The Free Bandz honcho has yet to acknowledge the matter via any of his social channels. You can see the clip below. THIS IS CRAZYThis girl risked it all to get #Futuresattention and ended up getting herself hurt