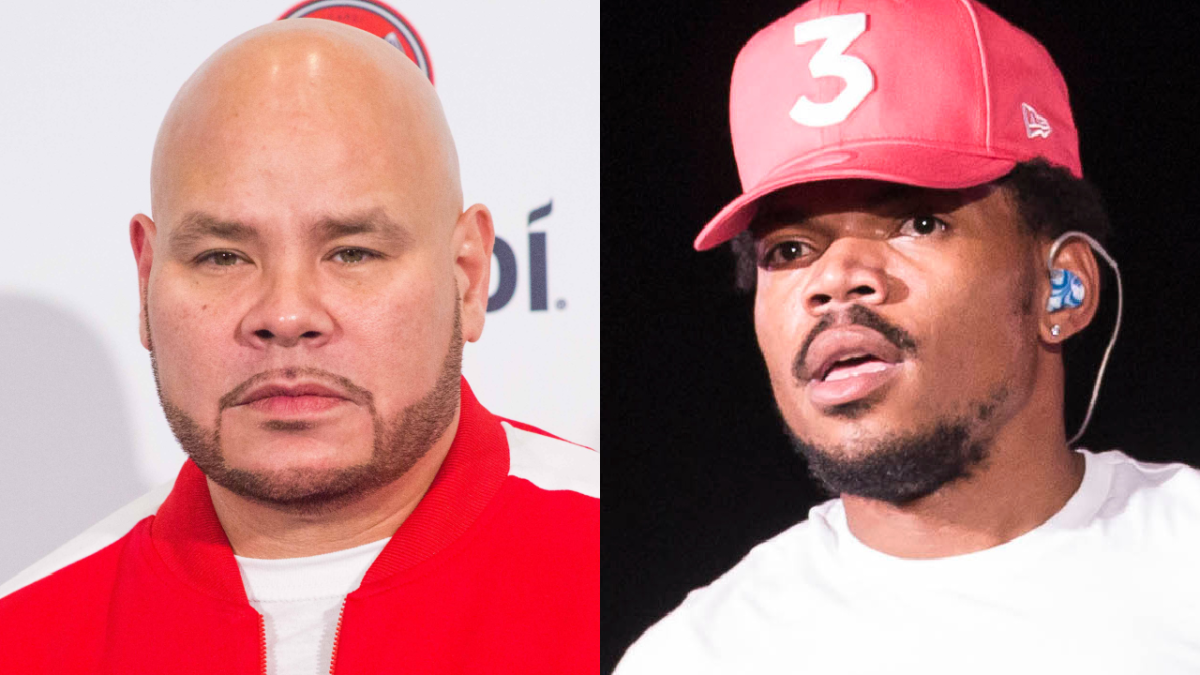 Fat Joe believes his and Remy Ma's 'All the Way Up' should've won the Grammy for Best Rap Performance instead of Chance The Rapper's 'No Problem' in 2017.

Fat Joe believes he was robbed of what wouldve been his first Grammy Award by Chance The Rapper in 2017. Joey Crack and Remy Mas All the Way Up collaboration with French Montana was nominated for Best Rap Performance at the 59th Annual Grammy Awards, but lost out to Chances Coloring Book hit No Problem featuring Lil Wayne and 2 Chainz. The song was also in contention for Best Rap Song, which went to Drakes summer smash Hotline Bling. In a recent interview with GQ, Fat Joe made no bones about his belief that All the Way Up shouldve taken home the award over No Problem. The 52-year-old MC clarified he has no ill will toward Chance The Rapper, but claimed his song didnt have the same cultural impact as his and Remys. I should have won the Grammy for Best Rap Performance 2017, Joe plainly stated. Chance is a cool guy. But the Grammy should have come my way. All the Way Up was bigger. Not only that, if people understood the culture, Remy and I were like Robin Hood and Cinderella. They could have done the hood a favor and given All the Way Up, the fuckin Grammy. You understand? They gave it to Chance the Rapper and for what? Im not going to be disrespectful, but they gave it to him for a record I dont even know no more. This is my point. I dont even know what he beat us with. Do you understand? Joe, whose Lean Back hit similarly lost out to the Black Eyed Peas Lets Get It Started in the Best Rap Performance by a Duo or Group category at the 2005 Grammys, added: We came out of jail. We made it. Its a miracle. It was their responsibility to say, You know what? Lets give the underdogs the Grammys. The Bronx rap vet initially reacted to his Grammys loss by posting what some thought was a backhanded compliment to Chance The Rapper on Instagram. I hear you gotta sell it to snatch the Grammy! he wrote, referencing Chances lyric on Kanye Wests Ultralight Beam. Whats the Chance of that lol congrats to the winners! Released in March 2016, All the Way Up was one of the biggest rap songs that year particularly in Fat Joe and Remy Mas native New York City peaking at No. 27 on the Billboard Hot 100 while soaring to triple platinum certification. The Cool & Dre-produced track was Joes most successful song in a decade and remains Remys highest-charting hit. All the Way Up was also a favorite among Joe and Remys rap peers, with JAY-Z joining the Terror Squad duo on the official remix, burying his and Joey Cracks long-running beef. Snoop Dogg, Jadakiss, The Game, E-40 and even EDM kingpin David Guetta also added their flavor to the record across various other remixes. Drake almost appeared alongside JAY-Z on the official remix, too. Drake called me three times, FaceTime, Fat Joe told GQ. He knew it was a hit. He called me, Yo, send the track. Send the track. And I wanted to put Drake on there. Drake is one of my favorite artists of all time. One of the greatest artists of all time, lyrically, melody. I love everything about Drake. His persona, his attitude, everything about him. Who else got 15 years in, putting out No. 1 one after No. 1, after No. 1, after No. 1? I fuck with Drake, know what Im saying? I dont know if Ive told him that, but I wouldnt lie to you. Anybody brings up his name, Im going to tell the truth. Hes the best. November 16, 2022 However, Joe ultimately opted against putting Drizzy on the remix as he didnt want to overshadow his on-wax reunion with JAY-Z, with whom hed been at odds for years, nor Remys first collaboration with Hov, her favorite artist. It was right to put him on the song at that moment. But with all the history between me and JAY-Z, I just felt like for the real fans that know Fat Joe, we had to let that fly, he explained. Get that moment with Joe cracking, and Jay and Remy, and it came out phenomenal. It just meant too much to me, emotionally just to do the song with Jay, and with Remy. Because Jay is Remys favorite artist. Remy looks up to JAY-Z, but had never been able to work with him because of Fat Joe. Subscribe to DX Newsletter