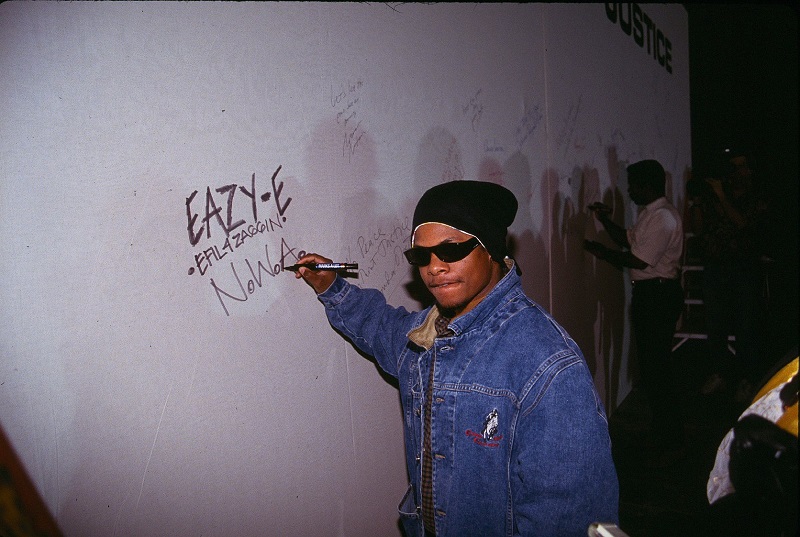 It has almost been 26 years since the death of NWA legend, Eazy-E. The rapper's contribution to Hip Hop still remains relevant to this day, leaving behind eleven children to tell his story.

Hip Hop News | Trending Hip Hop Stories It has almost been 26 years since the death of NWA legend, Eazy-E. The rappers contribution to Hip Hop still remains relevant to this day, leaving behind eleven children to tell his story. His daughter, Ebie Wright has been in the process of making a documentary to honor her late father for years but admits to TooFab that there is one roadblock along the way. Visit streaming.thesource.com for more information The only thing I will say honestly, is probably the only person that actually matters to this story Im telling, who hasnt talked on it so far, Im just being completely honest is Ice Cube. The feud between Ice Cube and N.W.A. is still one of hip-hops most notorious rap beef. Unfortunately, Eazy-E would pass away due to AIDS before he and Ice Cube could verbally hash out their differences. The diss records between both artists remain as classic hits today. Ebie, was only four years old when her father passed away. Advertisement You know, it really breaks my heart that he hasnt spoken on this yet because I grew up with his sons, and I have a really good relationship with them, Ebie continued. She then states that Ice Cubes son, OShea Jackson, who played Ice Cube in the N.W.A. movie, actually told her that Ice Cube would be willing to do the documentary. He was gonna do whatever for me, and he was down. Since then, when we tried to book him to do the interview, hes been ducking and dodging. Ebie then states that she doesnt know why Ice Cube wont talk about her dad with her, because the many publications where he has touched on Eazy-E, let her know that the rapper is comfortable with the topic. To be honest, I dont know why Ice Cube wouldnt talk about my dad with me, she added. I dont know because again, hes been on many platforms large and small, you know, talking about Eazy-E. So, I really dont know. I dont have the answer. Wed have to ask him, she concluded. Check out the full clip of what Ebie says below.