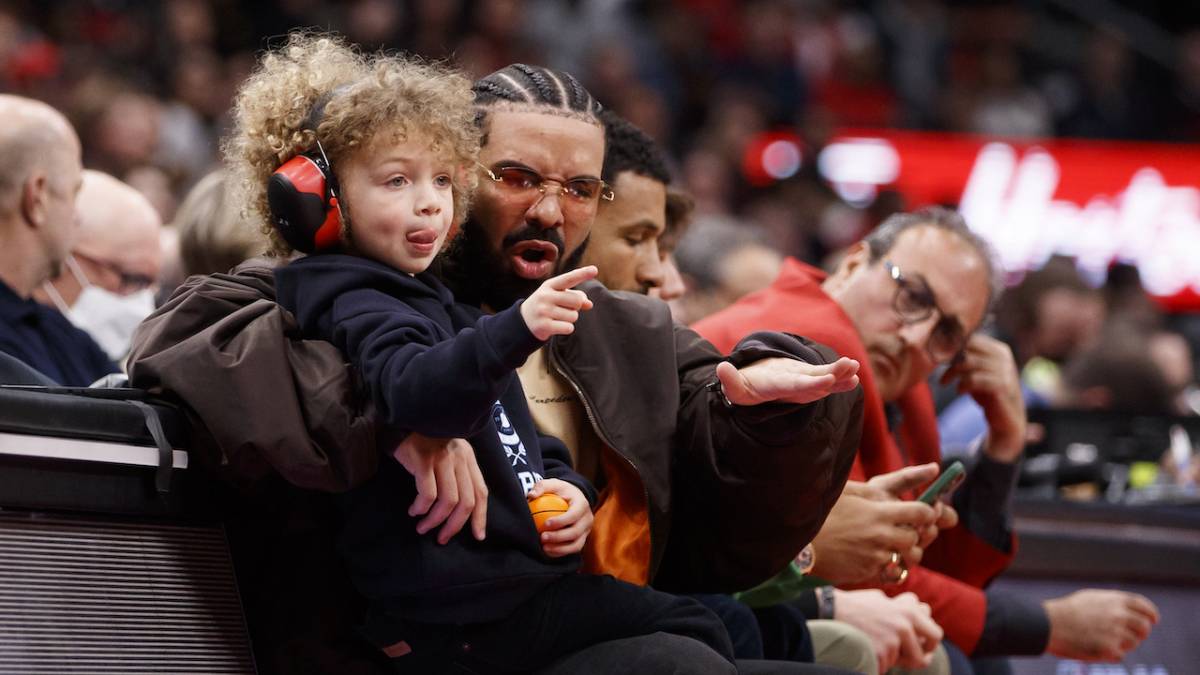 Drake and Embiid traded words after the Sixers big man's heroic exploits in Game 3 of the Sixers/Raptors first round series and then again after the Raptors were eliminated in Game 6.

Drake Trolls Joel Embiid With 'Sweep' Talk After Raptors Tossed Out Of NBA Playoffs Published on:Apr 30, 2022, 9:14 AM by 2 The Drakecurse may have taken on a new level after the Toronto Raptors were bounced out of the first round of the NBA playoffs. After Sixers big man Joel Embiidand Drake exchanged words following the Sixers overtime win in Game 3, The Process proclaimed he and his squad were coming for the sweep. Drake took in the game with his son Adonis and later got some digs in following the game, telling Embiid the Sixers were getting bounced in the second round by the Miami Heat and Drakes friend Kyle Lowry Although the sweep proclamation didnt come true, the Sixers convincingly eliminated the Raptors on Thursday (April 28). Now yall gon get swept by Miami, Drake taunted the MVP candidate. View this post on Instagram A post shared by Riki P. (@itsrikip_) The sweep prediction may occur after Embiid suffered a right orbital fracture and a mild concussionin the waning moments of Game 6 as his team was up by 29. His status for the Heat series is up in the air and the news is another blow to a Sixers fan base desperate to not only make their first Eastern Conference final since the glory days of Allen Iverson,but also win their first NBA title since 1983.