Drake, Bruno Mars And Anderson .Paak Make This Week A Historic One On The Hot 100 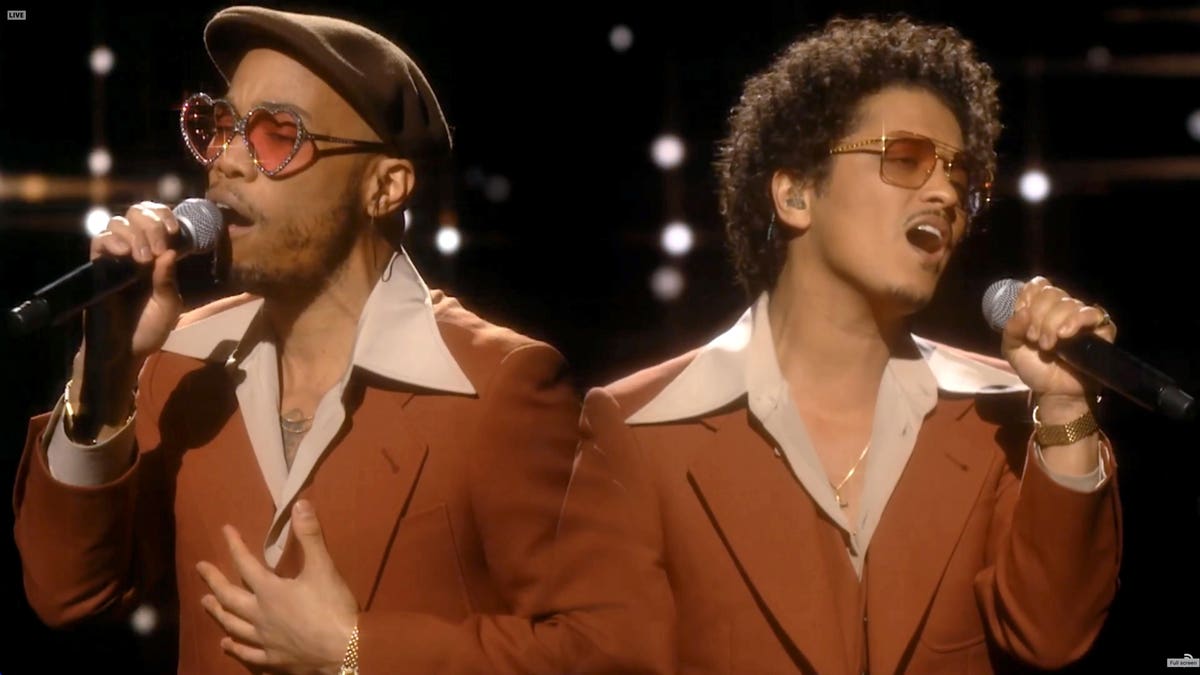 This week marks the first time in history that songs have debuted in all of the top four spots on the Hot 100.

UNSPECIFIED: In this screengrab released on March 14, (L-R) Anderson .Paak and Bruno Mars of music ... group Silk Sonic perform onstage during the 63rd Annual GRAMMY Awards broadcast on March 14, 2021. (Photo by Theo Wargo/Getty Images for The Recording Academy) Getty Images for The Recording Academy The top of the Hot 100 doesnt look anything like it did last week thanks to a slew of new hits from some of the biggest names in the music industry. Amazingly, the four highest rungs on the tally all feature tracks that werent there last time around, but none of them leap up the all-genre chart of the most popular songs in the U.S. Instead, they debut somewhere inside the top four, and history has been made with these new smashes. A quartet of brand new singles debut at Nos. 1, 2, 3 and 4 this frame, with a handful of artists all contributing to the influx of exciting tunes Americans loved from the moment they heard them. According to Billboard this week is the first time in the Hot 100s half-century-long history that songs have launched in all of the top four spots. Up first is Drakes Whats Next, the only solo single among the bunch. The track is his eighth No. 1 on the Hot 100and his fourth tune to debut in first place, and its just the first of three new top 10s on the chart for the Canadian rapper. Next up for Drake comes Wants and Needs, which also credits fellow hip-hop musician Lil Baby. That tune marks the highest placement yet for Baby.