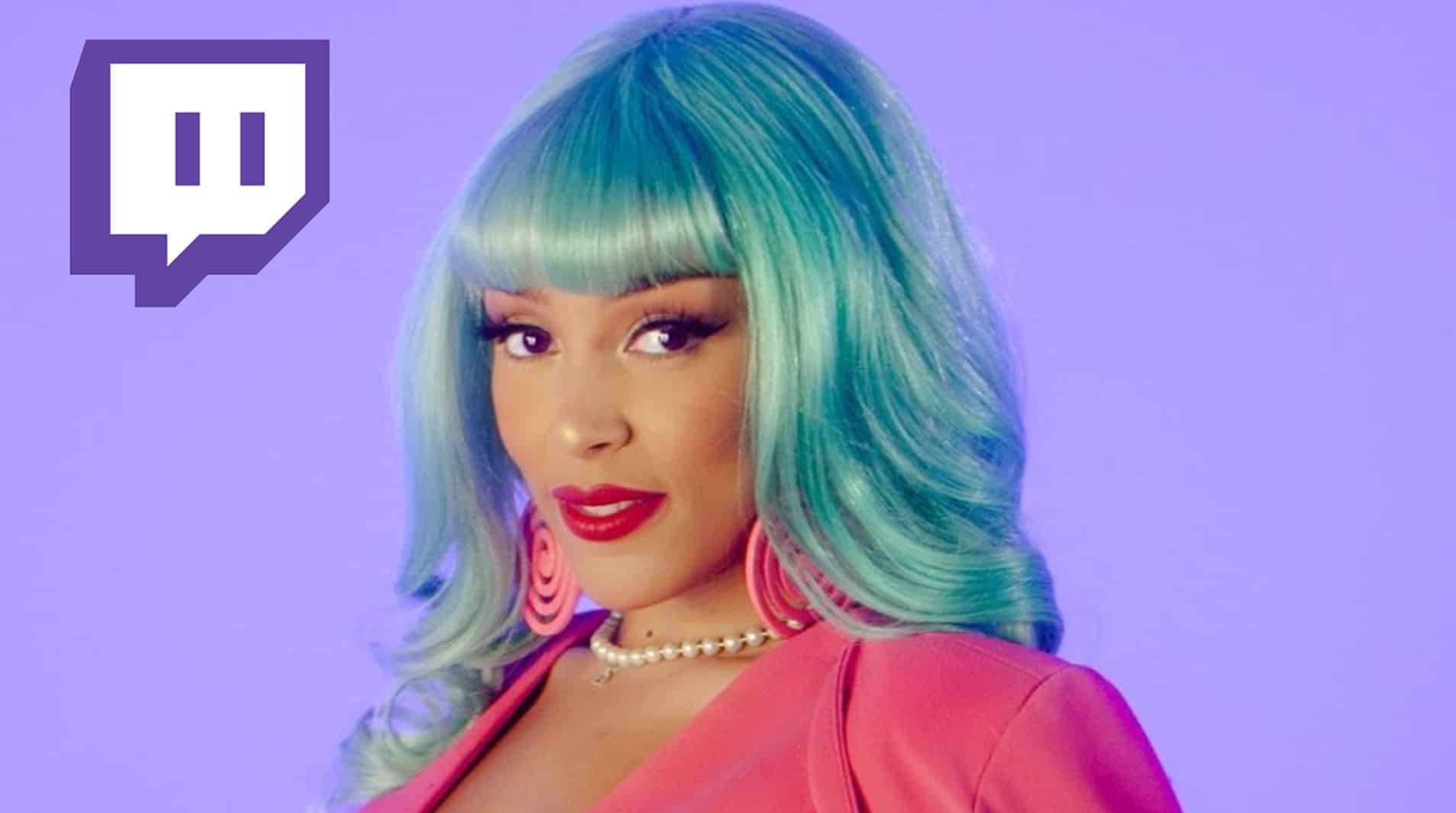 Doja Cat is the latest mainstream celeb to crossover on Twitch and shes already drawn out a response from many of the biggest streamers.

Pokimane Doja Cat has launched her very own Twitch channel, drawing interest from many of the internets most popular personalities such as Corpse Husband, Disguised Toast, and plenty more. Doja Cat is the latest mainstream celebrity to create her own Twitch stream. Having launched her account on February 24, the popular singer has already attracted more than 125,000 followers on the platform. While shes still new to the game with barely a few broadcasts, countless streaming stars have already reached out to collaborate. From Corpse Husband to Quackity, theres a ton of interest to see Doja Cat online. Despite already having a few weeks of experience, a March 15 tweet set the internet ablaze. F*** it im getting on Twitch, she said, drawing out replies from many of the internets biggest names. Advertisement Doja Cat is streaming on Twitch Doja Cat has been active on Twitch for a number of weeks already. Her first stream came on February 24 as she played a mix of Grand Theft Auto Online and 2017 indie game Little Nightmares. On March 15, she returned to Twitch with a different title in focus. Already most of the way through Playdeads award-winning title, INSIDE, Doja Cat booted up her stream looking for some help. Stuck at a particular section, more than 10,000 viewers jumped in to offer assistance. Since kicking things off, shes streamed without a cam, and her profile remains empty. Outside of a display pic, theres not a great deal to go off. Advertisement The star also has no n o schedule, no bio, and therefore, no real indication of how often she intends to go live. Read More: For now, Doja Cat appears to start up the stream at random, whenever she finds the time. If youre eager to tune in live one day, its worth keeping a close eye on her other social media platforms. Corpse, Pokimane, & others want to stream with Doja Cat Within minutes of announcing her latest stream on March 15, Doja Cats tweet went viral with tons of hugely popular names sharing it around. Many offered invites to join their future gaming sessions. Karl Jacobs had just one simple question for the popular artist. Was curious, have you ever heard of Minecraft? Would love to play it sometime! Advertisement Hi Doja Cat my name is Karl Jacobs, big fan! Was curious, have you ever heard of Minecraft? Would love to play it sometime! karl (@KarlJacobs_) Meanwhile, Quackity offered to play a party game with her. You would be excellent in my Jackbox lobby, he said. Yes PLEASE, Pokimane chimed in, clearly eager to collaborate. Wanna play Among Us? fellow OfflineTV member Disguised Toast followed up shortly after. Even Corpse Husband joined the conversation with a simple exactly. yes PLEASE March 16, 2021 With plenty of big names reaching out, it could just be a matter of time until we see the next big collab stream on Twitch. Of course, its still early days yet though. Theres no telling if any of these collabs will ever come to fruition. Advertisement Despite being brand new to the platform, shes already spiked a good amount of interest, however. Well just have to wait and see how things pan out. Read More: