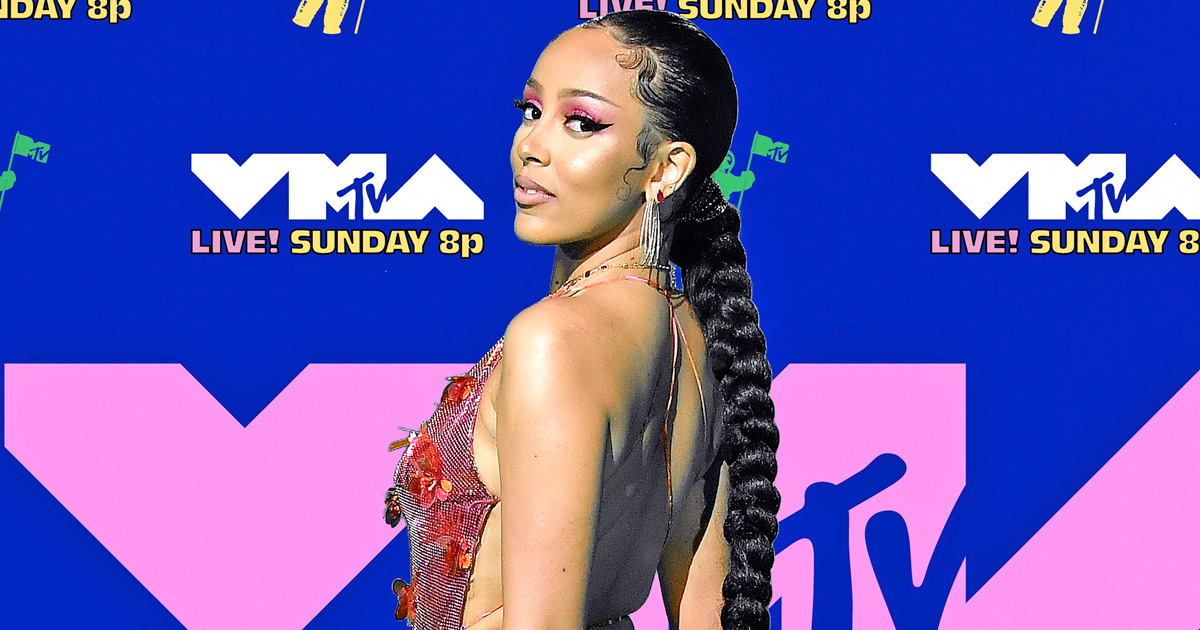 Singer Doja Cat many have not won any awards at the recent Grammy, but she has purchased a place with enough room to showcase all her future achievements. The Say So singer has spent a whoppin

Hollywood News Doja Cat Spends $2.2 Million For A Boho-Chic Style Home In Beverly Hills Featuring A Plunge Pool, Patios & More The Say So singer has spent a whopping $2.2 million to buy a Boho-chic style home in Beverly Hills By - March 17, 2021 Doja Cat Is The Owner Of Private Boho-Chic Home In Beverly Hills ( Photo Credit Getty image ) Singer Doja Cat many have not won any awards at the recent Grammy, but she has purchased a place with enough room to showcase all her future achievements. The Say So singer has spent a whopping $2.2 million to buy a Boho-chic style home in Beverly Hills. Advertisement This property of the Like that singerfeatures four bedrooms and two bathrooms and is located on a canyon hillside and spans less than a quarter acre. Read on for more details about the new place. Advertisement Talking about Doja Cats new home, dirt.com reported that it was initially built in 1960 and has since been renovated multiple times. The multilevel house has a reasonably long driveway and a canopy of elm and palm trees. The property that sits on a hillside lot spans .19-acres of sloped land. Trending Priyanka Chopra Jonas Claps Back At Journalist Who Questioned Her & Nick Jonas Credibility To Announce Oscar Nominations The homes living space spreads across 2,400 square feet and has three bedrooms with the potential for one more. It also features two bathrooms, a swimming pool, patios and more, costing Doja Cat a whopping $2.2 million. The home features a garage whose doors are accented with an unusual wood appliqu and a long concrete staircase that leads up to the main level and front door. The inside of the home is one massive great room that mostly goes for a monolithic all-white look. The house has floor-to-ceiling windows and a dual-sided fireplace. The adjoining skylit kitchen is in grey-and-white tones and includes a curved island and a small dining area. On the ground floor of Doja Cat s new home are two guest bedrooms that share a single bathroom. The basement (attached to the garage) has two large storage room and a bonus room. This room can be converted into a fourth bedroom, a private gym, office, music studio or whatever she wants. The possibilities are endless. The listing describes the penthouse level of Doja Cats home as the epitome of bohemian-chic. The entire floor is taken up by the master suite and includes a large bedroom, four side-by-side wall closets with natural wood detailing and a walk-in closet with custom built-in cabinets. Talking about the bathroom on the floor, it features an open-air shower next to a built-in soaking tub. The master bedroom also has a tiny balcony that overlooks the backyard. Doja Cats new home has restricted usable outdoor space because it is on a slope but still features an oddly shaped plunge pool with wood and concrete patios, banquette seating and ivy-covered hillsides. The evergreen trees surrounding the property provide ultimate privacy. What do you think of Doja Cats new Beverly Hills pad? Must Read: