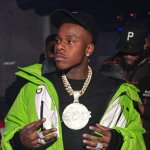 After a shooting incident in Miami near a popular restaurant, DaBaby was brought in for questioning but released after police took in two other suspects.

DaBaby is one of Hip-Hops biggest stars and his presence in the public eye will almost certainly cause a dramatic stir. After a shooting incident in Miami near a popular restaurant, DaBaby was brought in for questioning but released after police took in two other suspects, one of whom is linked to the North Carolina star. The Miami Herald reports that a Memorial Day shooting near the Prime 112 steakhouse in South Beach left two people injured, one critically, shutting down the MacArthur Causeway and a portion of Ocean Drive. DaBaby, whose real name is Jonathan Lyndale Kirk, was initially questioned by the authorities on Tuesday (June 1) but was released after a rapper on DaBabys Billion Dollar Baby Entertainment label, Wisdom, was responsible for the shooting. Wisdom, real name Wisdom Awute, was with the DaBaby and their crew when the shooting erupted. Medical personnel took the two shooting victims to a nearby hospital to enter them in a trauma unit. One person was shot in the leg, and the other was shot in the shoulder. The investigations by detectives determined that Wisdom was indeed responsible for the shooting, keeping DaBaby off the hook. In less than 24 hours, Miami Beach detectives were able to ensure those responsible for the shooting were arrested and charged, Ernesto Rodriguez, Miami Beach police spokesman, said in a statement on Tuesday. We will now work closely with the State Attorneys Office to ensure a successful prosecution. According to the police report account, Wisdom got into a fight with the two shooting victims late Monday night in front of the steakhouse when he reportedly brandished a weapon and began firing. One of the victims was able to identify the shooter, thus leading to the arrest. DaBaby has famously had several brushes with the law including an incident at the top of the year in Beverly Hills that ended without any serious incident.