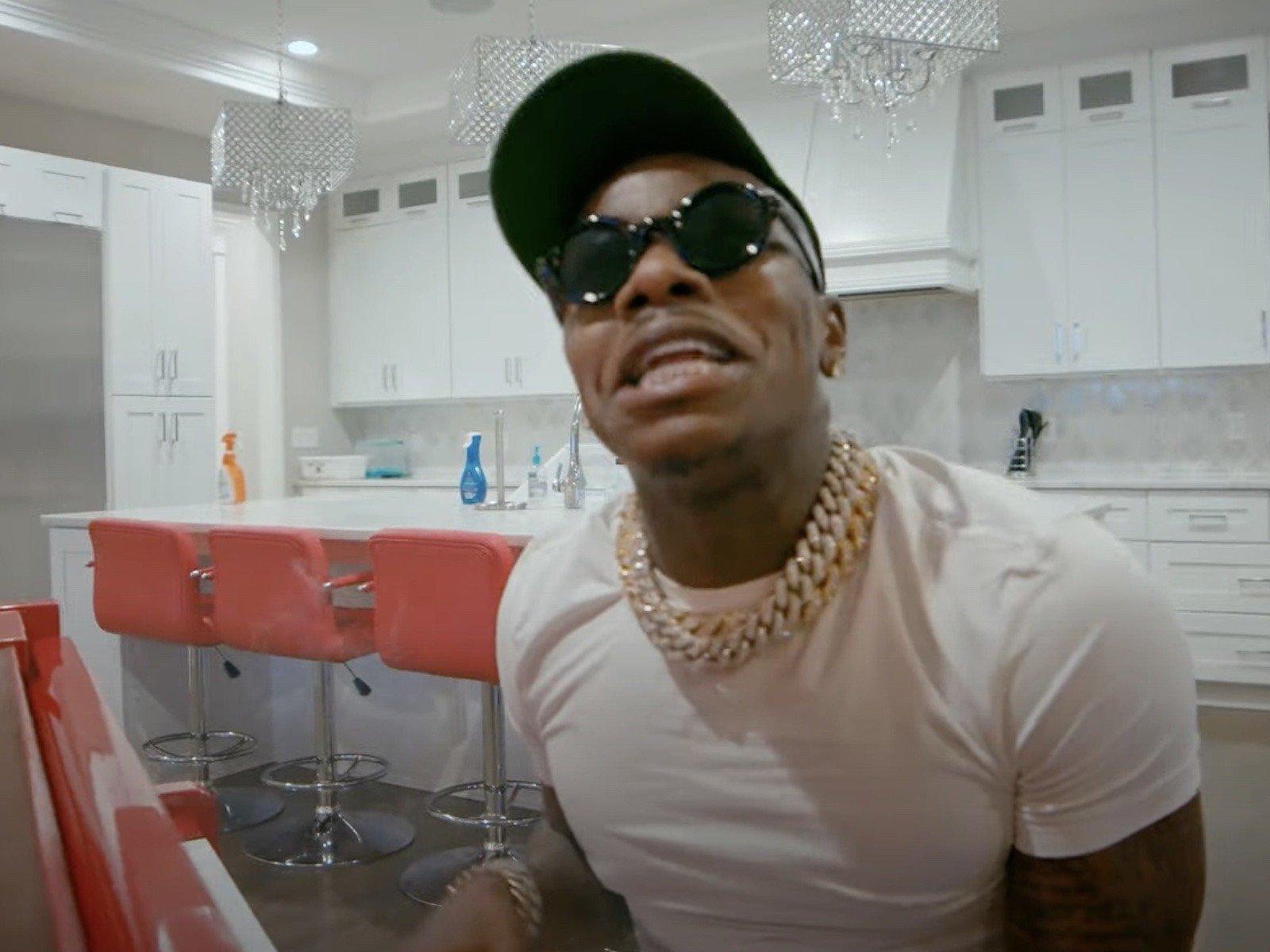 North Carolina rapper DaBaby looks like he's cooking up pure fire. The hip-hop superstar has shared a sneak peek at himself in a recording studio and sparked ho

Funk Flex names the hottest rapper out there right now. DaBaby Did Sweetest Thing The North Carolina superstar really, really, really loves his mini-me. The hip-hop star has let the world know just how much he wanted his daughter to get the feel of the Grammysdespite not being allowed to attend the celebrity-filled event. Baby hit up Instagram recently with footage of himself alongside his mini-me at what appeared to be a Grammys red carpet. However, DB revealed because of COVID-19 restrictions at the event, he had to get creative to make sure his twin could experience the special night. Due to Covid-19 Restrictions no kids are allowed in the Grammys, so we created our OWN red carpet just so my princess could walk the carpet & show her dress off. A hand-made dress that @alanitaylorco flew in from New York THIS MORNING to make. Baby also shared some pics from the handmade red carpet set. This Gangsta He Wanted JoJo Siwa For Grammys During an actual Grammys red carpet interview, Baby spilled more than just teaon where things stood between himself and singer JoJo Siwa following a perceived feud. If things had gone accordingly, the duo would have shared the stage together to prove theyre good-good. I actually reached out to see if she wanted to perform with me at the Grammys, DaBaby said on the Grammys red carpet Sunday. But I heard shes somewhere working on a project of her own. I wont say too much. I dont want to put her business out there. Shes somewhere filming something, though, but I definitely reached out. ( Entertainment Tonight ) Despite not getting to share the stage with JoJo, Baby still made his Grammys presence memorablewith help from singer Dua Lipa and a live performance of his Roddy Ricch-featured Rockstar single. Dua Lipa , who just two years earlier was anointed best new artist at the Grammys, took the stage like a well-established queen on Sundays telecast with a performance that matched together her two biggest 2020 hits, Dont Start Now and Levitating and joined her with one of hip-hops reigning stars, DaBaby. The two-song medley included not one, not two, but three wardrobe changes as Lipa transformed from a purple gown to a sequined jacket to a stylish two-piece. The singer and her masked dancers were matching in glittering, purple attire in front of a background that transitioned from a cloudy sky to solar eclipse to full moon.