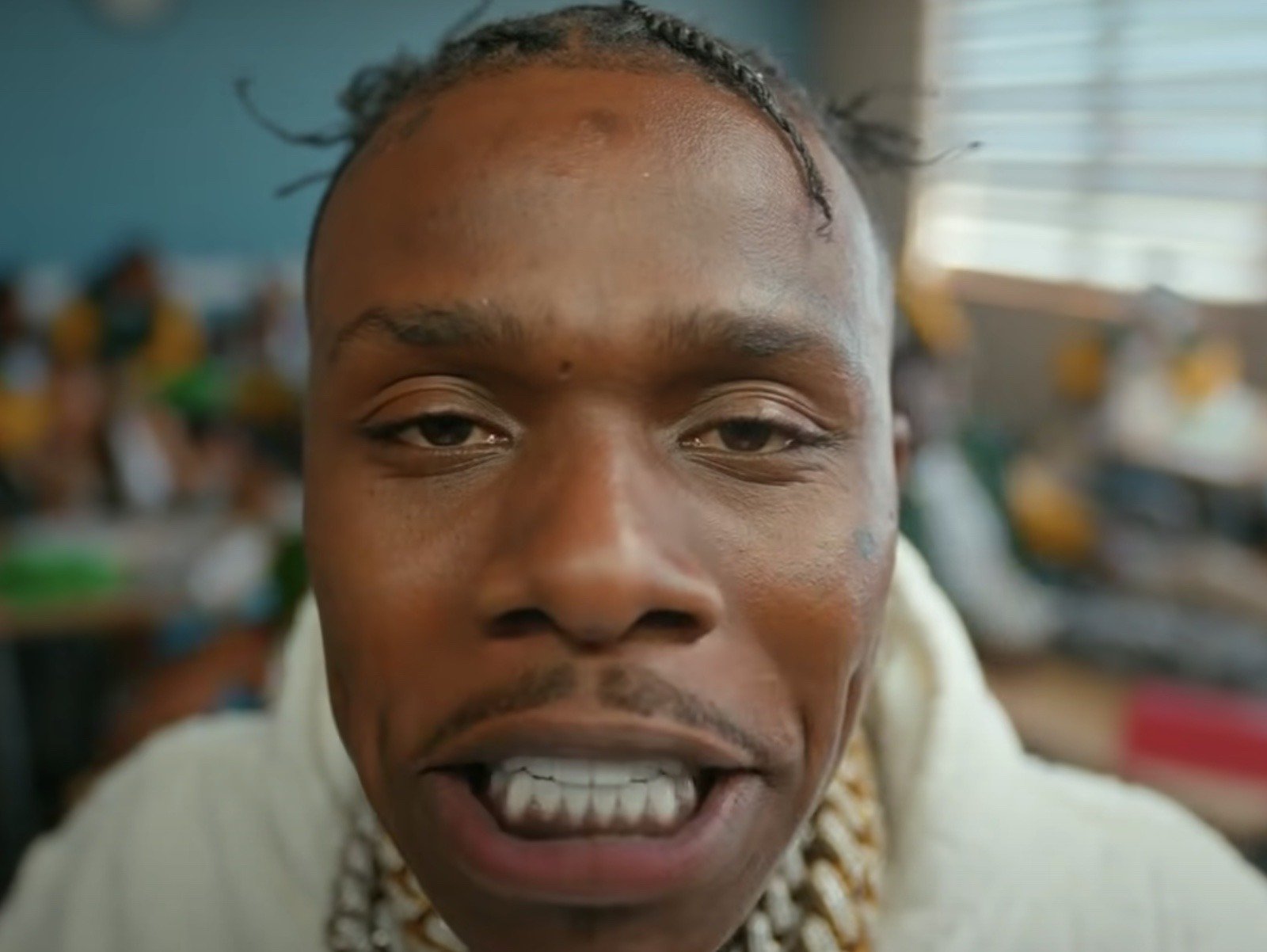 North Carolina rapper DaBaby's Rolling Loud performance has made headlines for a myriad of reasons, one of them being his surprise guest Tory Lanez and people h

Share DaBaby Brings Tory Lanez On-Stage at Rolling Loud DaBaby shocked the Rolling Loud audience when he undressed a man in costume to reveal that man was in fact Tory Lanez. Tory arrived in a bobble head suit and stood next to Baby on stage, DaBaby then bet the crowd $1 Million if they could guess who it was in the suit. This guest appearance has led to much uproar online as a result of Lanez, DaBaby, and Megan Thee Stallions past history. DaBaby has been a long time collaborator and friend to Megan but that all fell apart when DaBaby put out a song and video with Tory Lanez, who allegedly shot Thee Stallion in the foot back in July 2020. Thee Stallion and DaBaby then had a heated conversation on Twitter shortly after SKAT dropped, which ended with Megan and DaBaby unfollowing each other. Tory Lanez then further fueled flames with his recent Hot 97 freestyle in which he points the blame at being framed by Meg for him and his peers not getting the rewards he feels they deserved. Whatever side you stand on, DaBaby bringing out Tory Lanez during his set was still a huge statement, and one of the most talked about moments from Rolling Loud Miami sending the internet in a tail spin. DaBaby + 50 Cent Show Love It seems DaBaby has a pretty dope mentor and one of the most successful Black men in the entertainment biz. The rap heavyweight has let the world into his low-key close-knit relationship with none other than hip-hop heavyweight 50 Cent, who has vowed to keep him on the right path. The BOP hit-maker posted a photo alongside Fif, and showed major love in the caption. Baby says hes going to use the advice he received and was mad thankful. Curtis Jackson kept it a buck and noted losing rising rapper Pop Smoke, who was murdered in 2020, before he could really understand how to move out here. Somebody I been studying for a MINUTE lent me a few hours of his time today. N*ggas so scared to let me in the room they f*cked around & let me end up in the room w/ @50cent BIG MISTAKE! Beyond grateful for the game Couldnt have come from a better source. Now watch me put this shit to use #BackToWork 50 Cent went into the comments section and said DaBaby already understood a lot and promised to teach him all the mistakes he made so they werent repeated by the 29-year-old. I lost pop before he could get it, This one already got it and he listen. Im a teach him all the mistakes i made, so he can be better than me. THIS IS HIP HOP! DaBaby Does First-Ever Ball If I Want To Set The North Carolina native did much more than perform an anthemat the 2021 BET Awards. The hip-hop star came through with his first-ever live set of the newly released Ball If I Want To smash. The Southern rap heavyweight blessed the packed crowdand millions of viewers with an unforgettable set. Babys showcase featured everything from a school setting to non-stop twerking antics with women dressed in cheerleading attire alongside an infant mascot. BET Awards Nominee DaBaby Cooking Up W/ Game Hours prior, DaBaby went to his social media pagesto share a major teaser to the world. Baby dropped a slideshow of pics showing both himself and West Coast rapper Game in a recording studio together. Game Time . @losangelesconfidential : @thephotofalcon