Cryptocurrency is in ascendancy, just ask Jay Z and Akon 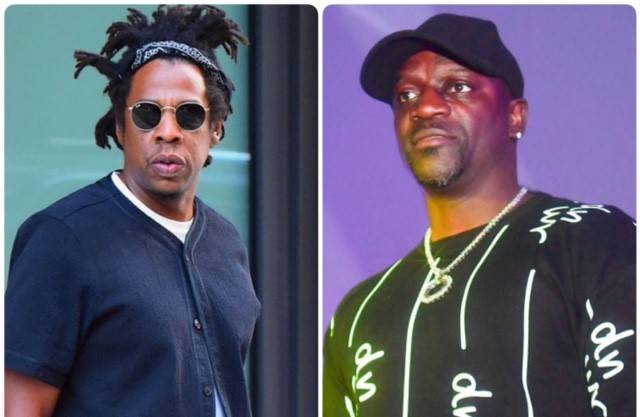 Cryptocurrency is in ascendancy, just ask Jay Z and Akon Jay Z and Akon get involved with digital currency WITH BITCOIN hitting the $50,000 per coin mark this week many who dismissed the news that rapper and businessman Jay Z had partnered with Twitter CEO Jack Dorsey to launch a Bitcoin Development Fund focused on Africa and India may now be having another look at just what the American is getting involved in. Like it or not digital currency is here to stay and the most famous of the 8000 digital coins available sent its loyal investors a BIT loopy when it touched (albeit for a brief second) the historical valuation mark. The reasons for the increase in value are many and varied but essentially greater acceptance of crypto currency forming part of an individual or companys financial portfolio is at the heart of the rise in popularity. Africa and India are both seen as areas of huge potential growth where crypto currency is concerned and such is the appetite for retail investor involvement in the Sub-continent reports have intimated the government are on the verge of a complete ban via domestic and foreign exchanges. In Nigeria, the biggest Bitcoin users on the continent and second biggest in the world, the Central Bank recently instructed commercial banks and other financial institutions to close accounts involved in transactionswith cryptocurrency exchanges. We believe that we are uniquely positioned to help make cryptocurrencies more safe, useful and applicable for payments through our global presence, our partnership approach and our trusted brand Visa CEO Alfred F. Kelly Users of the peer-to-peer transactional asset in both countries are obviously up in arms on what they see as a regressive move but the clampdown mirrors that of a host of nations who in the last three years that have done similar or the same. However, Jay Z obviously doesnt see involvement as a downside and neither does philanthropist Akon. The Senegalese-American announced construction of the futuristic and environmentally friendly Akon City near Mbodime, a small coastal village in western Senegal last year. Said to have been inspired by Wakanda, the fictional kingdom from the hit movie Black Panther, Akon City, launched at a cost of six billion, will operate exclusively with the Akoin crypto-currency. The area will be designated a special tax zone and will feature parks, universities, schools, a stadium, hotels and an industrial complex. The project is slated for full completion in 2029. Akon launched The akoin cryptocurrency (AKN) last November. Trading against BTC and USDT on the Bittrex Global crypto exchange, it was also launched in Kenyas Mwale Medical and Technology City (MMTC) as a pilot. The entrepreneur tweeted at the end of last year that Now is the time for crypto, both in Africa and globally. Institutions are starting to pay attention. He wasnt wrong. Many believe the recent investment of just over one billion dollars in Bitcoin by American electric vehicle and clean energy company Tesla, triggered the march towards the historic $50,000 mark the coin reached this week. Whatever your thoughts on that or what factors you deem reasonable to attribute the rise in value to, its clear that more big businesses are looking to emulate the strategy or at the very least get involved. Mastercard says it will allow select cryptocurrency transactions on its network later this year and Visa CEO, Alfred F. Kelly, said on the companys fiscal first-quarter 2021 earnings callthat they saw assets like Bitcoin as digital gold. Kelly said: In this space, we see ways that we can add differentiated value to the ecosystem. And we believe that we are uniquely positioned to help make cryptocurrencies more safe, useful and applicable for payments through our global presence, our partnership approach and our trusted brand. We think of the crypto market in two segments. First, there are cryptocurrencies that represent new assets such as Bitcoin. Second, there are digital currencies or stable coins that are directly backed by existing fiat currencies. We see all currencies in that first segment as digital gold. He added: Our strategy here is to work with wallets and exchanges to enable users to purchase these currencies using their Visa credentials or to cash out onto our Visa credential to make a fiat purchase at any of the 70 million merchants where Visa is accepted globally. Sounds like big business, right?