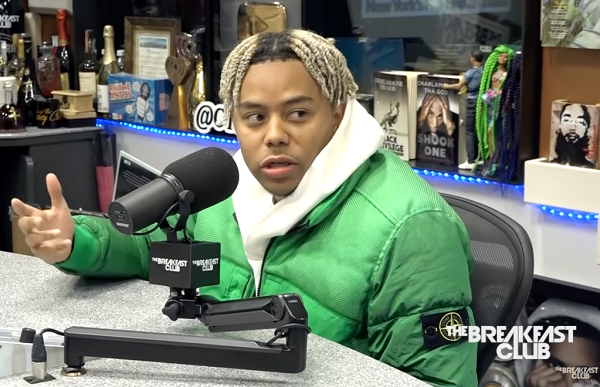 Cordae, formerly known as YBN Cordae is currently doing promo rounds for his most recent album From A Bird's Eye View.

Hip Hop News | Trending Hip Hop Stories Cordae, formerly known as YBN Cordae is currently doing promo rounds for his most recent album From A Birds Eye View. The 14 track album, released today, would mark the rappers second studio album, joined by hip-hop forces in the industry such as Lil Wayne, Lil Durk, Eminem, Roddy Ricch, Gunna, and more. Visit streaming.thesource.com for more information Currently, the talk of the town involved which two artists should be next to battle hit for hit in the Verzuz ring. While Chris Brown has already declined in the past, the conversation surrounding Chris Brown vs. Usher continues to fuel. Recently, in an interview with The Breakfast Club, Cordae weighed in on the discussion, sharing who he believed would take home the W. I dont know to be honest. And Im not trying to be politically correct, like, f*ck all that. I really dont know, he started. We gotta sit here and look at the magnitude of catalogs and I wasnt aroundbut the thing is, like, I was bornIm only twenty-four. You know what Im saying? I was four years old when 8701came out. When My Way came out, I wasnt alive for all of these things. I was like, eight years old when Confessions came out, he continued. Advertisement Cordae settled the discussion by saying that he is a huge fan of both artists, and would even buy tickets to see that battle. They both icons in they own right, he stated. Who do you think would win a Verzuz battle between Chris Brown and Usher?