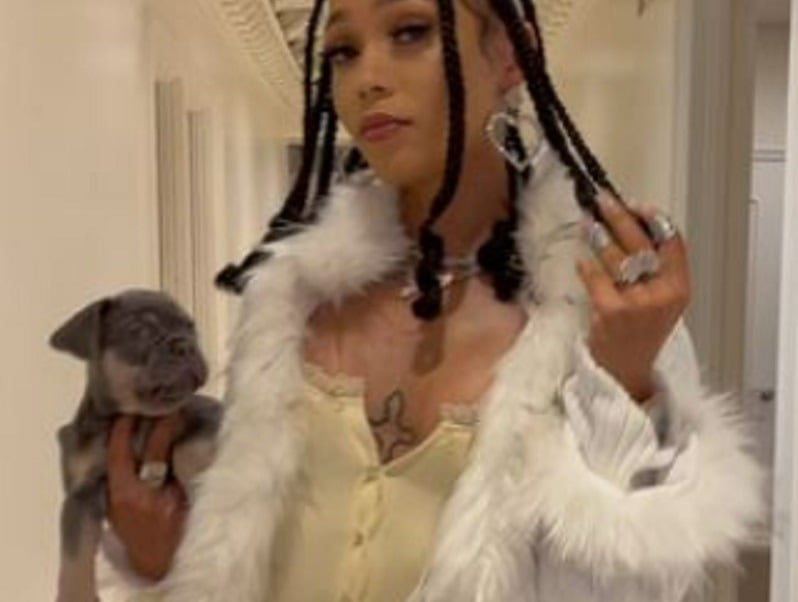 Rising hip-hop star Coi Leray does not like anyone defining who she is. The daughter of rap veteran Benzino has built a huge following while distancing herself

Tori Brixx has the biggest crush on Coi Leray. Coi Leray Makes Up W/ Her Father Earlier this year, Coi tweetedout she was okay with her dadand fellow hip-hop artist Benzino. The rising star gave major love to her family with some song lyrics in another tweet as well. I love my dad forever and always. I do this for my family, they dont understand me, no n*ggas around me , they dont understand me I do this for my crew they dont understand I do this sh*t for you they dont understand Coi Lerays Talent Shines Above Her Social Media Fame Coi Leray is making a name for herself outside of any drama with her famous father. The Big Purr hitmaker was recently crowned Billboards R&B/Hip-Hop Rookie of the Month Before her two breakout singles dropped, Coi gained fame on social media through platforms like TikTok and Instagram. Then she made headlines during a public d . A lot of people have been reaching out to me and saying they want to collab. Thats the big difference now Im getting known for my music and not for just content or any little Instagram video.