Chris Brown Says No Award Shows Will Book Him: 'Let Me Be Great' #ChrisBrown 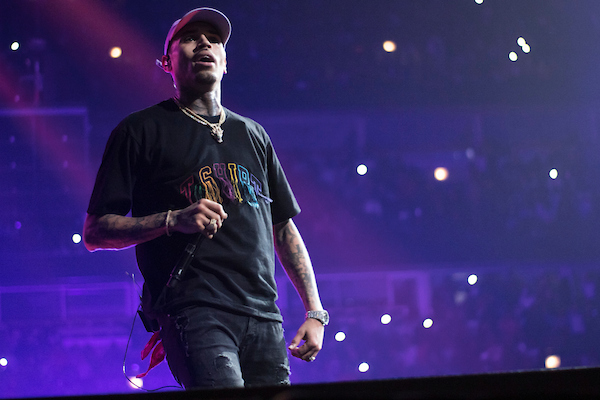 Chris Brown has had a stellar year surrounding his most recent album Breezy but still isn't allowed on award show stages.

Visit streaming.thesource.com for more information After a performance in New Mexico, Breezy hit Instagram and let off a statement: YOU SEE THE PEOPLE??? EVERY SHOW IS PACKED LIKE THIS IF IT WASNT FOR MY INCREDIBLE FANS I WOULDVE BEEN QUIT I dont like the fake celebrity SHIT AWARD SHOWs HAVENT let me perform in years yet my shows STILL SELL OUT. LET ME BE GREAT Advertisement A fan hopped into Chris Browns comments to ask if the BET Awards are part of the shows that do not let him perform. Breezy replied, nope as in he doesnt get those invites either. You can see his statement here. If you havent caught on yet, Chris Browns meet-and-greet images are must-see. In each city, Breezy links up with his VIP fans for, what appears to be, a pose of their choosing. The images with women often come off like couples photos. Fans have enjoyed, joked, and even scrutinized some of the images as they hit online, and Breezy is holding down his fans in an online statement. PSA!!! When artists (everyone) do concerts, they all have something called a VIP package. I havent done meet and greets in over 7 yearsI have the coolest fans on the planet. I appreciate the fuck outta them. These are memories that will last with them forever. Unlike most of these lame ass artists that wont even make eye contact with the people who made it possible to even have a career. I only exist because these fans saw something in me I never thought was possible So Ima go all out for my fans!!! You can see some of the images and Chris Browns statement below. I have the coolest fans on the planet, this are memories that will last with them forever Singer, Chris Brown says after charging fans $1000 for meet and greet