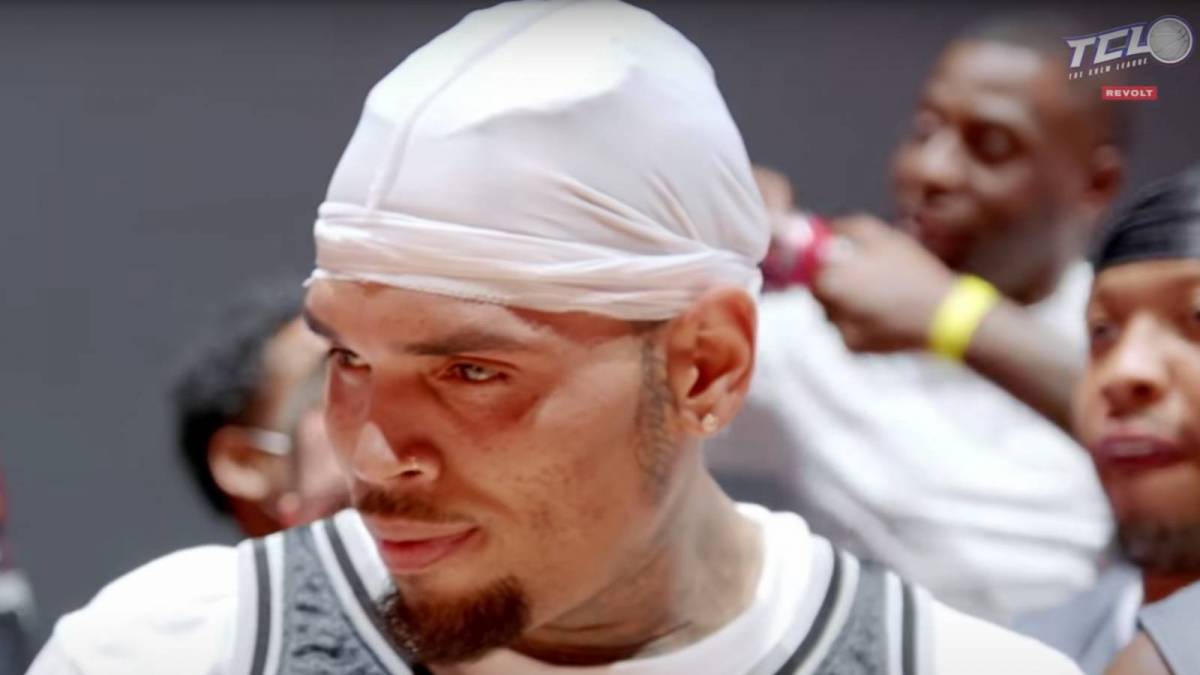 After clinching a narrow victory in the season 2 finale of The Crew League (TCL), Chris Brown sets his sights on Migos frontman Quavo and challenges the him to join the TCL.

Chris Brown Vulgarly Calls Out Quavo After Smoking Tyga, Jason Derulo & More In Hoops Published on:Jul 17, 2021, 1:51 PM by 0 Los Angeles, CA Chris Brownwants static with Migos frontman Quavoeven though he just finished smoking on some Pardison Fontaine pack and besting rappers such as Jason Derulo and Tyga during his championship run in season two of The Crew League (TCL)Hip Hop basketball tournament. The multi-platinum R&B singers Original Hood Boss (OHB) squad earned King-of-the-court honors at the TCL tourney following a tooth-and-nail claw-match against Pardis Section 8 ball club in the season finale. In the midst of his post-game press conference, Chris Brown took it upon himself to begin utilizing his bragging rights in order to both degrade and challenge his rap hoops adversary, Quavo. Aye Quavo, get your bitch ass out here, CB shouted in a video posted to Instagram Saturday (July 17). Im cooking yall, who next he continued. A post shared by Our Generation Music (@ourgenerationmusic) Chris Brown and Quavos b-ball beef has become a point of instigation and trash talk on social media for fans and the pair of artists who both hold their hooping pedigree with high regard. The Go Crazy vocalist actually called out Quavo on IG back in Marchafter footage of the celebrity match-ups, which pit Lil Baby and 2 Chainz against Quavo and Jack Harlow, from NBAs All-Star Weekend surfaced on the gram. Seeingly unimpressed with the low-scoring game, Chris fired off a barrage of taunts at Quavo, ultimately claiming he would trash the Quality Control rap star in the paint and behind the arc. They knew who not to ask for on that 2 on 2 basketball, CB wrote in his Insta story. I wouldve cooked Quavo and Jack! On my soul! Guess they wanted a smoke free zone. Huncho immediately hit back. Chris Brown aint cooking nan call next nigga!!! he wrote later on in his story. Call next nigga!! It aint no next. Im on now. Set it up lil nigga, Chris Brown followed up. U know dis work different. Me and @AustinMcBroom vs the Lil Boys.