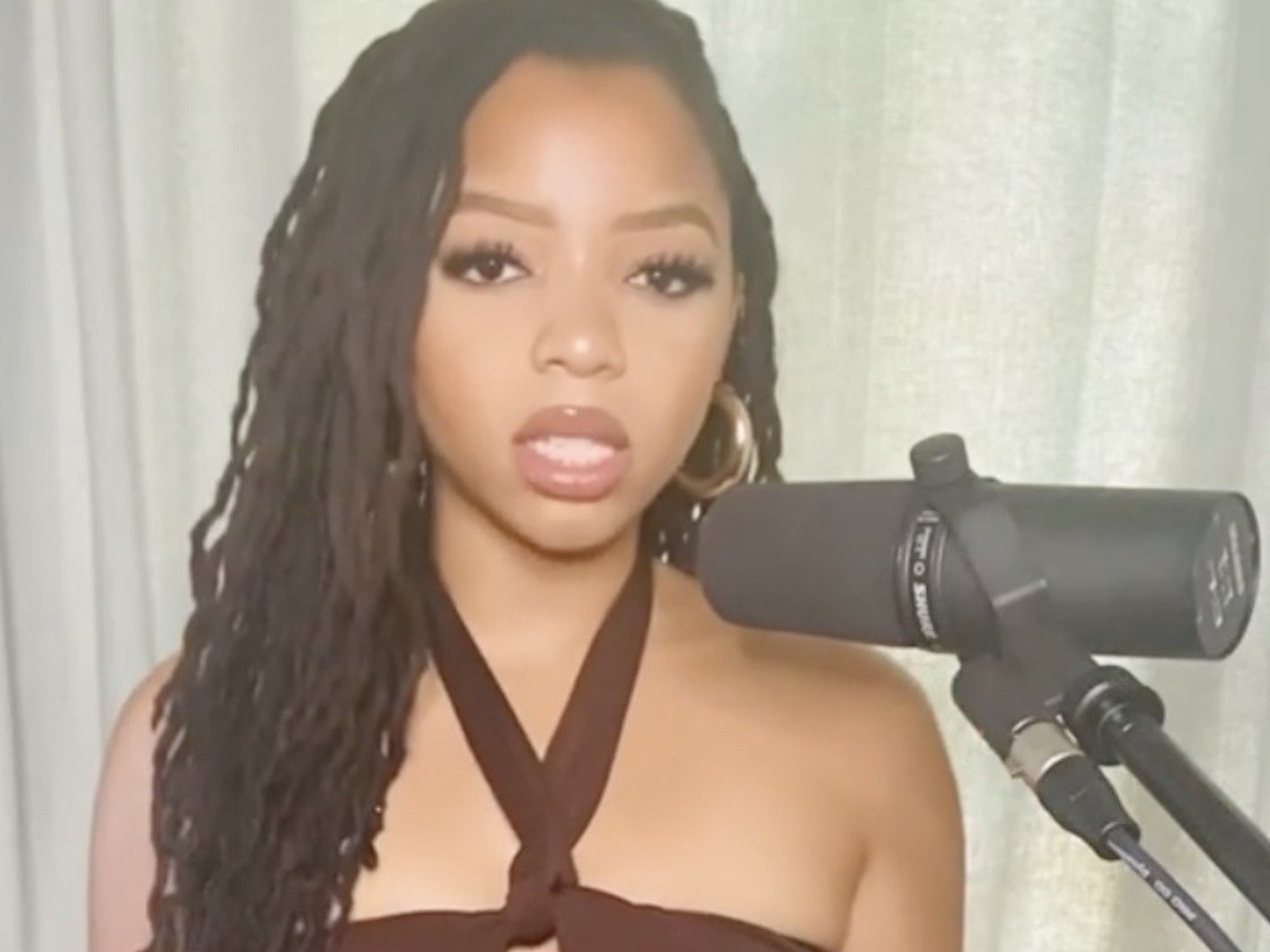 One half of the R&B duo Chloe X Halle, Chloe Bailey turned a heartbreak classic into a good girl gone bad anthem. As a part of a string of covers uploaded b

Share Chloe Bailey Remixes A Classic Drake Song Her cover of Marvins Room is written from a womans point of view and includes lyrics of sassy women empowerment. Bailey shows off a different side of her signature sound and content by dropping explicit lyrics and sexual references. I shouldnt have to tell a n***a how to treat me ima f*** your homeboy thats in my DMS Good girl gone bad, on my worst behavior A post shared by Chloe (@chloebailey) Yung Bleu Wants To Make Music With Chloe Bailey Recently, Chloe put a twiston singer Yung Bleus 2020 hit single Youre Mines Still, dropping a snippet on social media of her version called Youre Not Mine Still. That recently drew a response from Bleu, who wanted to get on a track with the Grammy-nominated songstress. Yung Bleu landed a feature fromDrakelast year for the Youre Mines Still remix, which turned into his breakout song. Ok lets do a song now Drake + Future Low-Key Dropping Soon This week, new footage circulated onlineshowing both Drake and frequent collaborator Future together on a music video set. While details are slim to scarce at best, speculation has this being likely attached to Drakes upcoming Certified Lover Boy album rollout. Drake & Future were shooting a music video last week for Certified Lover Boy. Rumored to be for a single! This all comes after Drizzy went to his Instagram pagewith a very subtle but eye-opening update fans have patiently waited on. The Toronto native changed his IG bio to Certified an obvious and crucial nod to one of the most anticipated albums of the year. Drake hasnt released a full-fledged studio album since 2018s Scorpion and his most recent Scary Hours 2 EP bodied its competition with all three tracks landing on the Billboard Hot 100 Top 3. Drake + Future Are Cooking Up In June 2021, the 6 God went to his IG pageto deliver some epic shots. The pics featured both Drizzy and longtime collaborator Future hanging out with hitmaker Metro Boomin. in a recording studio setting. Immediate speculation suggested it could be for tunes for Drakes upcoming LP.