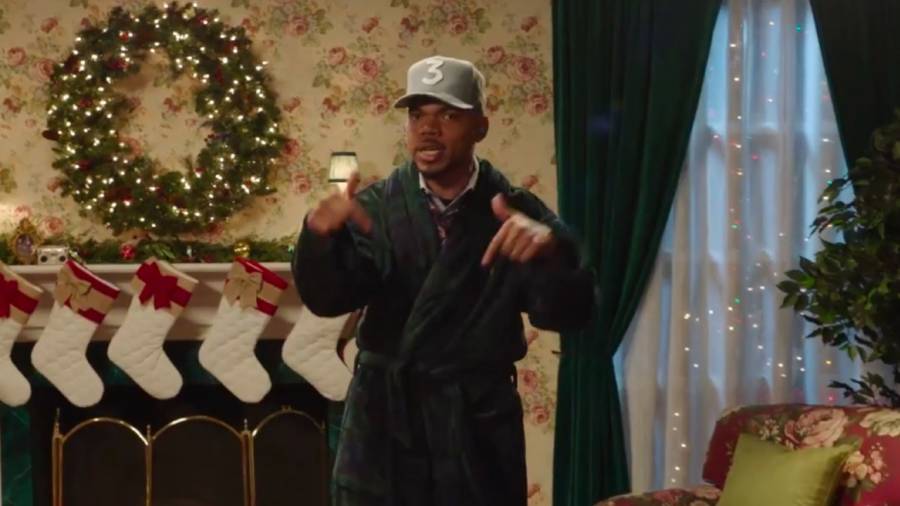 Chance The Rapper premieres his holiday film recreating famous movie and TV show scenes and featuring an appearance from Jeremih.

Chance The Rapper is bringing the holiday cheer with his virtual concert special, Chi-Town Christmas. Premiered through his YouTube page on Friday (December 18), the film will air on Twitter and Instagram Live every night at 9 p.m. PT this week from Monday (December 21) through Saturday (December 26.) The effort is Chances directorial debut, and features recreations of famous films and sitcoms including The Fresh Prince of Bel-Air and Home Alone which the Chi-Town native was praised for by famed film critic Richard Roeper. OMG #EBERTandROEPER, Chance wrote in response to Roepers praise. I TOLD YALL ITS A MOVIE. YALL SEE THAT THUMB WAY UP?! I LOVE FILM SO MUCH AND ALWAYS WANTED TO WRITE AND DIRECT AND THE FACT THAT I WAS RECOGNIZED BY ONE OF THE ALL TIME FILM CRITICS IS SO OVERWHELMING AND FULFILLING!! THANK YOU @richardroeper CHICAGO AND THE WHOLE FILM WORLD LOVES YOU #chicagostrong #ChiTownChristmas #RIPRogerEbert. A post shared by Chance The Rapper (@chancetherapper) The film also features a cameo from Jeremih, making for the singers first appearance since his battle with COVID-19 in November He was released from the hospital in early December after nearly a month of fighting the virus. At one point, hed even been unresponsive and moved to ICU on a ventilator.