Cardi B & Akbar V's Explosive Feud: Everything You Need To Know #CardiB 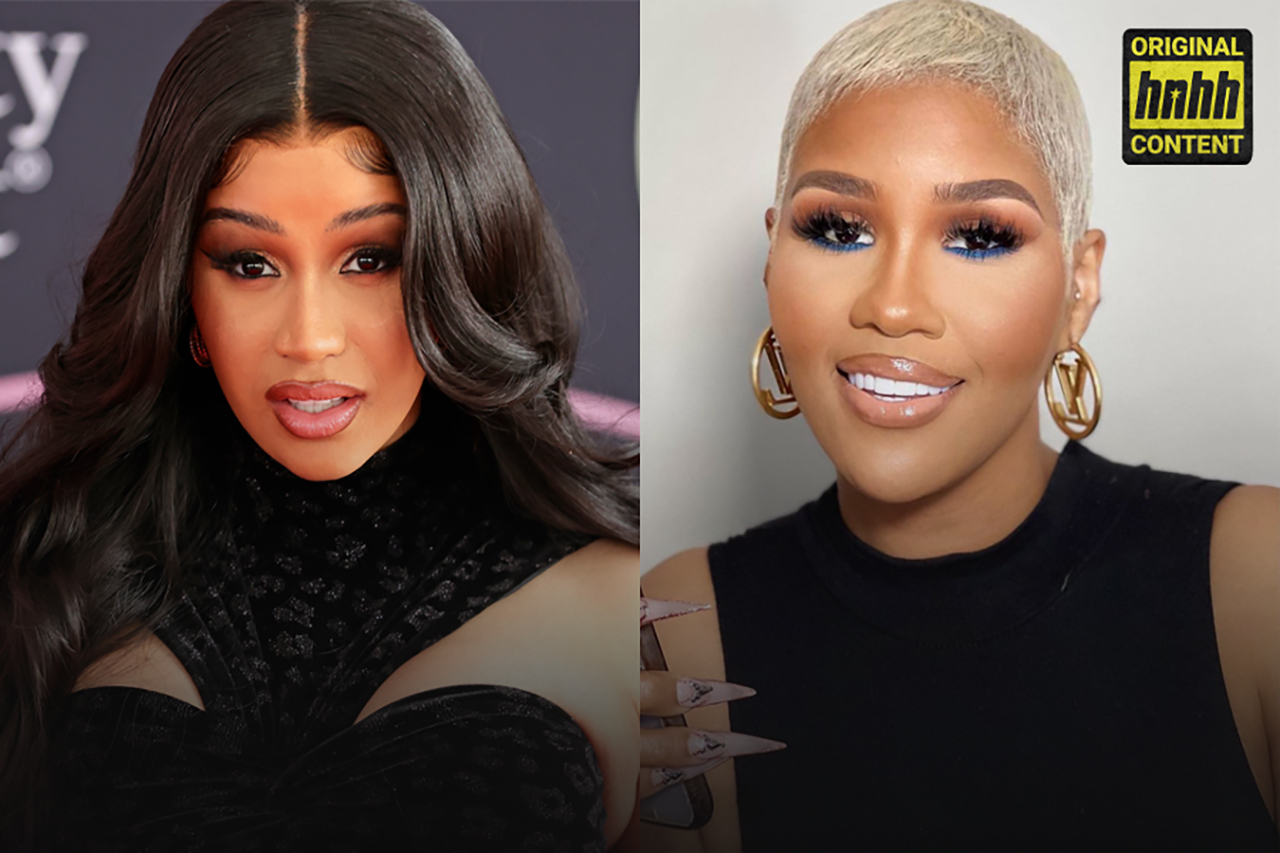 After Bardi shared a clip from Akbar's previously leaked sex tape, Offset was somehow dragged into all the drama.

It all began with a subtweet . As she rang in the last week of September, Cardi B came across a shady tweet from Atlanta-based rapper Akbar V, leading her to subliminally clap back. At the time, the mother of two likely had no idea of the storm of drama that would proceed in the following hours. Cardi B attends as Playboy celebrates BIGBUNNY Launch at Miami Art Week at Casa Tua on December 03, 2021 in Miami Beach, Florida. (Photo by Frazer Harrison/Getty Images for Playboy Enterprises International, Inc.) Akbar V Works with Nicki Minaj Its no secret that Cardis star has shone brighter than Akbars for most of their careers, especially since Bardi won Grammy for Best Rap Album with her debut project. However, Akbars felt especially extra braggadocious recently after landing a feature alongside names like BIA and JT on Nicki Minajs Super Freaky Girl (Queen Mix). The Barbz and the Bardi Gang have long pinned their favorite artists against one another. Now that Akbar made it clear where she stands in the battle between Cardi and Nicki, its not exactly surprising to see her feud with the Be Careful artist, though we didnt foresee things getting this catty. Subliminal Twitter Shade Akbars initial tweet from yesterdays blowout read, If @chartdata aint say it we aint believing the CAP. The light Twitter jab came just as Cardi B and GloRillas Tomorrow 2 hit #1 on Apple Music. The tweet led many to believe that she was throwing shade at Bardi. Count all the times Chart Data posted , the Grammy Award-winning rap diva clapped back. Despite the fact that the two hadnt actually @d each other yet, Cardi moved the feud offline. Cardi gave her new nemesis a call something Akbar V clearly wasnt pleased about. Who gave this ho Cardi B my number? she asked in another now-unavailable post. Gotta be one of yall weird ass hoes? Clearly, the phone conversation didnt solve much. The Invasion of Privacy artist was back to complaining about hoes that throw rocks and hide their hands by Monday mid-afternoon (September 26). Been subtweeting me for months and now you wanna make it about another woman as a shield. Stand on your shit!!! the Hot Sh*t rapper urged Akbar. Akbar V attends the premiere of Waka & Tammy: What The Flocka at Republic on March 10, 2020 in Atlanta, Georgia. (Photo by Paras Griffin/Getty Images WE tv) Parenting Police and Sex Tape Scandals After some urging from Cardi, the Real Atlanta artist took her foes advice. The two began engaging in an all-out Twitter war, pulling out all the stops. The two traded bars regarding such parenting techniques and shared screenshots from previously leaked sex tapes. See the difference between me and I had n***as wanting to put babies in me while I was in the jungle, Playboys Creative Director wrote to Akbar V. But I said to myself I wont put my kids in the same hoods I was raised in, let alone ABANDON THEM. As things became increasingly heated, the WAP hitmaker took things to a place that some would describe as too far. She shared footage from Aks previously leaked sex tape on her social media page. Tell me that you love me, the Georgia native can be heard requesting of her partner in the clip a line that Cardi has gone on to make fun of incessantly. Akbar first expressed anger and disappointment at her fellow rappers decision to post the clip (especially since her children might see it again). However, internet sleuths showed Cardi that she previously used an image from the sex tape as cover art. The revelation caused the Cardi Tries host to question the sincerity of Akbars desperate plea for the videos removal. See the difference between me &u I had Nikkas wanting to put babies In me while I was in the jungle but I said to myself I wont put my kids in the same hoods I was I raised in let alone ABANDONED THEM ..u had that choice to make as well not once but FIVE TIMES Lil Baby It was bad enough that the two women felt the need to bring their children into their beef. When the Female Kanye brought CBs husband, Offset, into the conversation, things really started to pop off. Yall check on Cardis hubby, keep getting caught cheating cause her head trash and p*ssy week, Akbar taunted. P*ssy weak? Baby, you the one five baby daddies, Cardi clapped back. You gave Thug head and the head wasnt even good enough for him to stick his d*ck in you. He told you gotta lose weight first. You lost the weight and STILL DIDNT F*CK YOU . After Offsets name unwillingly entered the chat, he felt compelled to share some words with Akbar. Somebody check on Offset, he still aint got his chain back from #4PF, she wrote. If youre not familiar, AV was referring to the Ric Flair Drip artists apparent feud with Lil Baby, which most recently made headlines just last month as Baby seemingly threw shade at Set over his lawsuit aimed at Quality Control over his artist rights. The Migos member claims that he bought himself out of his deal with the label a