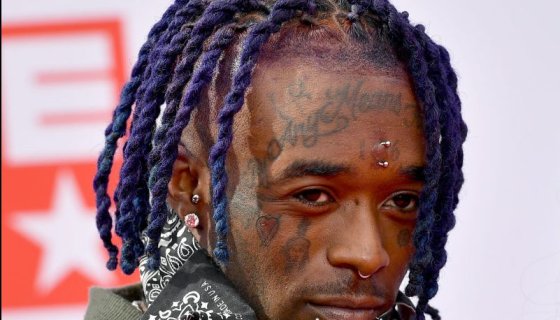 TMZ broke the news on Friday that Lil Uzi Vert rolled up on SAINt JHN in broad daylight at the Dialog Cafe in West Hollywood, and a physical altercation ensued. Uzi Vert's ex-girlfriend Brittany Byrd, who was there when the fracas went down, claims he put a gun to her stomach, hit her, and has pressed charges.

Source: Paras Griffin / Getty Lil Uzi Vert had himself a weekend. Before Lil Uzi Vert had a breakdancing good time at Michael Rubins all-white 4th of July partythat featured other notable guests like JAY-Z J-Balvin, and James Harden tickling Meek Mill, no seriously he was, Uzi Vert was out here getting physical with his ex Brittany Byrd and fellow rapper SAINt JHN. TMZ broke the news on Friday that XO Tour Lif3 crafter rolled up on SAINt JHN in broad daylight at the Dialog Cafe in West Hollywood, and a physical altercation ensued. Byrd, who was there when the fracas went down, claims she was there talking business with SAInt JHN, and now, the celebrity gossip site is reporting that Byrd is pressing charges. According to Byrd, JTs boo threatened her with a gun and struck her. Per TMZ: 5:56 PM PT Brittany Byrd went to the West Hollywood Sheriffs substation Friday afternoon and filed a police report alleging Uzi, her ex-bf, put a gun to her stomach and then struck her. 3:19 PM PT It now appears that Lil Uzi Vert rolled up to Dialog Cafe because SAINt JHN was there with Uzis ex, Brittany Byrd. Sources connected to Brittany tell TMZ, she and SAINt JHN were there discussing a business project when Uzi jumped out of an Escalade and confronted everyone at the table and then got into it with JHN. The sources say Uzi threw a punch at JHN and missed he fell down, and his gun fell out on the ground. Were told thats when Brittany got up from the table and approached him, and he allegedly pushed the gun into her stomach and allegedly struck her. Everyone left the scene, and were told she is going to a hospital and then planning to file a police report. If this is true, Lil Uzi Vert got some serious explaining to do because this is definitely not cool.