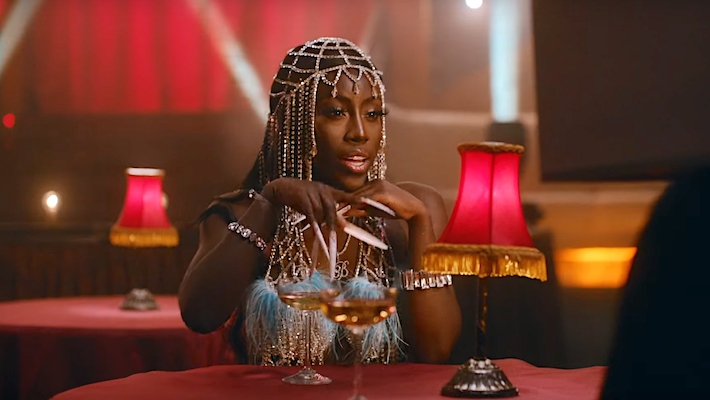 The two share an opulent visual to their joint track off Runway's debut album, '2000And4Eva.'

Flipboard uproxx.it UK MC Bree Runwayhas been turning heads since the release of her first single in 2016, but her 2019 major-label debut EP Be Runway is what put her on the map and allowed her to work with some big-name artists. Late last year, Runway dropped her anticipated debut album 2000And4Eva, managing to secure features from Missy Elliottand Rico Nasty Now returning to share a visual to the project, Runway tapped Elliott once again for the glamorous ATM video. The visual opens with Runway and her crew dressed in diamond-encrusted burlesque outfits. Flexing her femininity, Runway and her backup dancers put on a sultry show. She then makes her way through the audience, which is filled with men who have ATM machines in place of their heads. The rapper returns to the stage while Elliott appears on a big screen and shows off her icy jewelry. Ahead of the videos release, Runway explained to Dork Magazine how she managed to secure a guest verse from the iconic Elliott. Well, weve already had a previous interaction when the internet went into a frenzy over me apparently being like her lil daughter when I dropped APESH*T,' she said. Fans were begging for an APESH*T remix from her, but it didnt happen, but I remember literally saying to myself, me and her will make a song THIS year I dropped GUCCI, and I was literally about to sleep and received a call from my A&R and it was to tell me that Missy wants to do a record with me, safe to say I didnt end up sleeping that night. Watch Bree Runway and Missy Elliotts ATM video above. 2000And4Eva is out now via Universal. Get it here Some of the artists covered here are Warner Music artists. Uproxx is an independent subsidiary of Warner Music Group.