Bobby Shmurda Gives His Most Revealing Interview Yet #BobbyShmurda 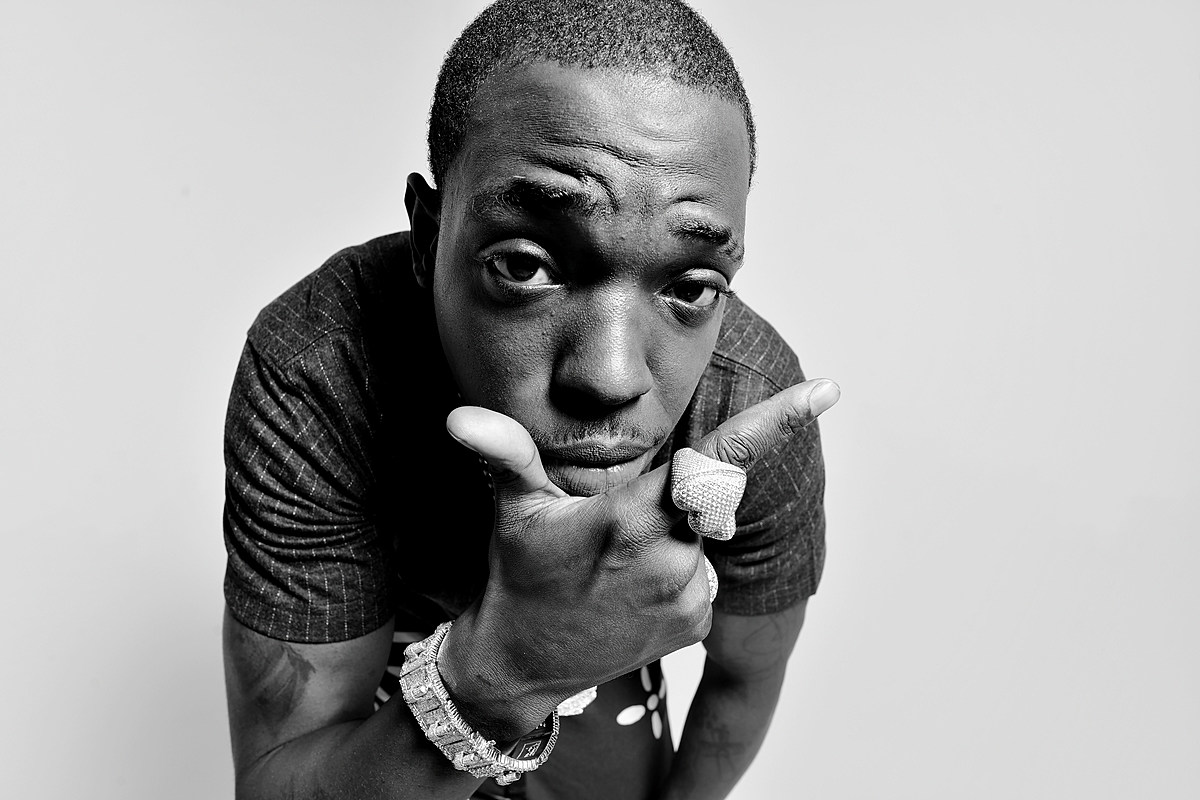 Bobby Shmurda tells all about being released from prison, releasing new music and being an independent artist in an exclusive XXL interview.

was on the fast track to stardom when a year prison stay threatened to end it all. Now, hes armed with second chance, a debut album, a new state of mind and some fresh moves. Editors Note: This story originally appeared in theFall2022 issue of XXL Magazine, on stands now. For about eight months back in 2014, Bobby Shmurda was simultaneously New York Citys most buzzing rapper, Vines most popular meme and one of the NYPDs most wanted artists. His viral debut single, the Jahlil Beats-produced Hot N*gga , first blew up on YouTube after being initially uploaded in March of that year. Filmed on a street in East Flatbush, N.Y., the visuals lo-fi, zeitgeist appeal was magnetic and unapologetically raw. It was the brazen lyrics, iconic hat flip and infectious Shmoney dance, which even Beyonc couldnt help but imitate. Everyone wanted a piece of Bobby. He signed a deal with Epic Records that July and officially released Hot N*gga the following week, which peaked at No. 6 on the Billboard Hot 100. The platinum single Bobby B*tch followed that October and the EP Shmurda She Wrote hit the streets that November. Then, on Dec. 17, 2014, it all came crashing down. Bobby was arrested outside of Quad Recording Studios in midtown Manhattan, as were over a dozen of his GS9 crew. They were charged with a slew of crimes including conspiracy to murder, drug trafficking and more. Bobby took a seven-year plea deal and spent the next six years in New Yorks Rikers Island and Clinton Correctional Facility on one count of third-degree conspiracy and one count of weapons possession. He was released on Feb. 23, 2021, to much fanfare. Since then, the 27-year-old rapper has been trying to recapture the spark that had him lit. After parting ways with Epic and going through different management, Bobby is taking his career in his own hands with the relaunch of his GS9 Records imprint in partnership with ONErpm as a distributor. He released his upcomingEP featuring the rambunctious single Hoochie Daddy in August. Now, his debut album, Ready to Live, is scheduled for the end of the year, but has no guaranteed date yet. The project includes collabs with Meek Mill, DaBaby, Key Glock, 42 Dugg and Rich The Kid, among others. In late July, XXL spoke with Bobby Shmurda and discussed how his prison bid changed him, the pros and cons of going independent, his debut album and more. XXL: How difficult was it going from being one of the hottest new rappers in 2014 to having to sit down for over six years? Bobby Shmurda: Shit, man. I been bad all my life. Sitting down for six years, shit, I was only in the industry for five months. So, I wasnt really too attached like that. It went right back to the basics when I got to jail. It aint really hit me til like the second, third year. Did you make an effort to change your image when you got out? My image right now is who I am. Ive always been a wild nigga. Im a nigga that you dont see every day. Thats why its entertainment. You aint gon see too many niggas that will shoot you and smile. Its different. I just dont let them niggas take my soul. I dont let them niggas take my happiness. So, Ima live life to the fullest. I did six years. I wanna be around pussy all day. Real niggas and a bunch of pussy. And a whole lot of money. What was the biggest change that occurred in the six years you were locked up? I feel like my mind state. Today is the first day I receive my independent check. So, this will be the first time I will be receiving a check for my music through my whole years. That was one of my plans I was fighting for. So, me now setting that up is a beautiful thing. Now, Im ready to jump into endorsements, releasing music and all of that. bobby shmurda xxl magazine ONErpm Studios loading... You adjusted to social media quickly. Obviously, it wasnt as big when you went in, but its a huge marketing tool now. Social media is everything. Social media and streaming. Before, controlled everything with music. Social media is freedom now. You just gotta know whats real and what aint. As long as you push a positive narrative. Like me, Im pushing girls. Im trying to push girls on the young boys, not guns. Those type of narratives I feel like need to be taken more serious. Who has been one of the biggest influences on your change? Or what is something you decided to do yourself? Me. Cause I cant say I can relate to everybody. I dont know no other rapper or no other artist that been through the shit I been through. So, I cant sit here and say I relate to them and see how they changing this and that. Shit, I aint been to school since I was in fifth grade. I been selling crack, in and out of jail since. Im 27 years old. Seventeen years of wildin, in and out of jails, since I was 10 or 11. So, its certain shit I done seen. So, its about telling the young boys out here, life is ready to live. Get ready to live. Life is everything. Play no games with that. How much do you feel your prison stay set you ba