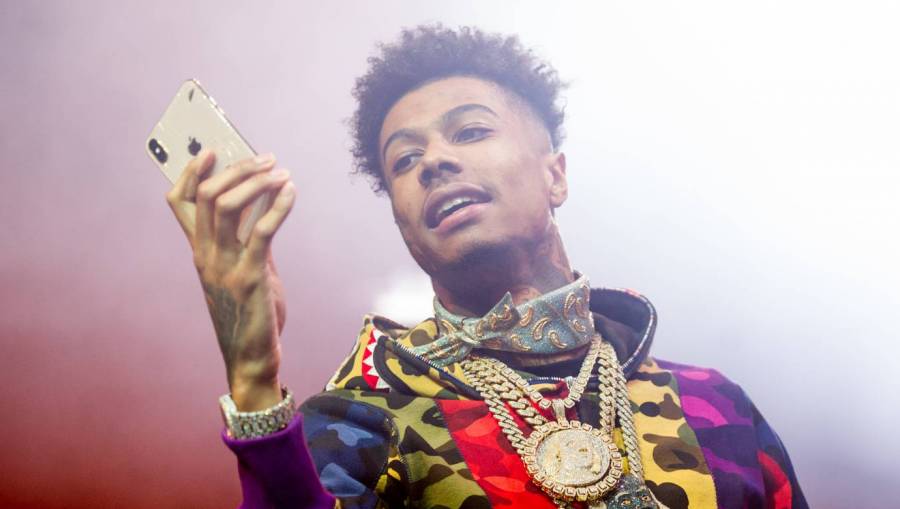 Blueface and 6ix9ine have been exchanging venomous words online for over a week. Shortly after Blueface posted a video of himself getting the name of his jewelerNYC Luxury tattooed on his head, 6ix9ine suggested he only did it to pay off a debt with the company. But TMZ caught up with NYC Luxury CEO/founder Gavriel on Tuesday (July 13) and asked about 6ix9ines allegations. Gavriel made it perfectly clear Blueface is in good standing with the high-end jewelry company, while sending a few choice words in 6ix9ines direction. He just loves our brand, bro, he says of Blueface. Fuck Tekashi. Tekashi tries to call us to buy jewelry. We do not sell to Tekashi. Shout out to Blueface. Blueface does not owe us money. He just loves our brand. Blueface has been quiet on Instagram in recent days, only because his account has been deactivated. According to the Los Angeles native, 6ix9ine reported his account for bullyingafter Blueface shared videos of the GUMMO rappers homeless father, mother of his daughter Sara Molina painting him as a deadbeat dad and one of 6ix9ines former jewelers asking him to pay an outstanding balance of $25,000. On Sunday (July 11), Blueface jumped on Twitter and accused 6ix9ine of using the same tactics that got him out of serving 47 years in prison. Pay close attention, Blueface wrote. He reported all my post for bullying and deleted his skit. Playing victim like he did in court. My IG be back up shortly. He added in a follow-up post, Mans came for me got his feelings hurt so he did what rats do an snitched.