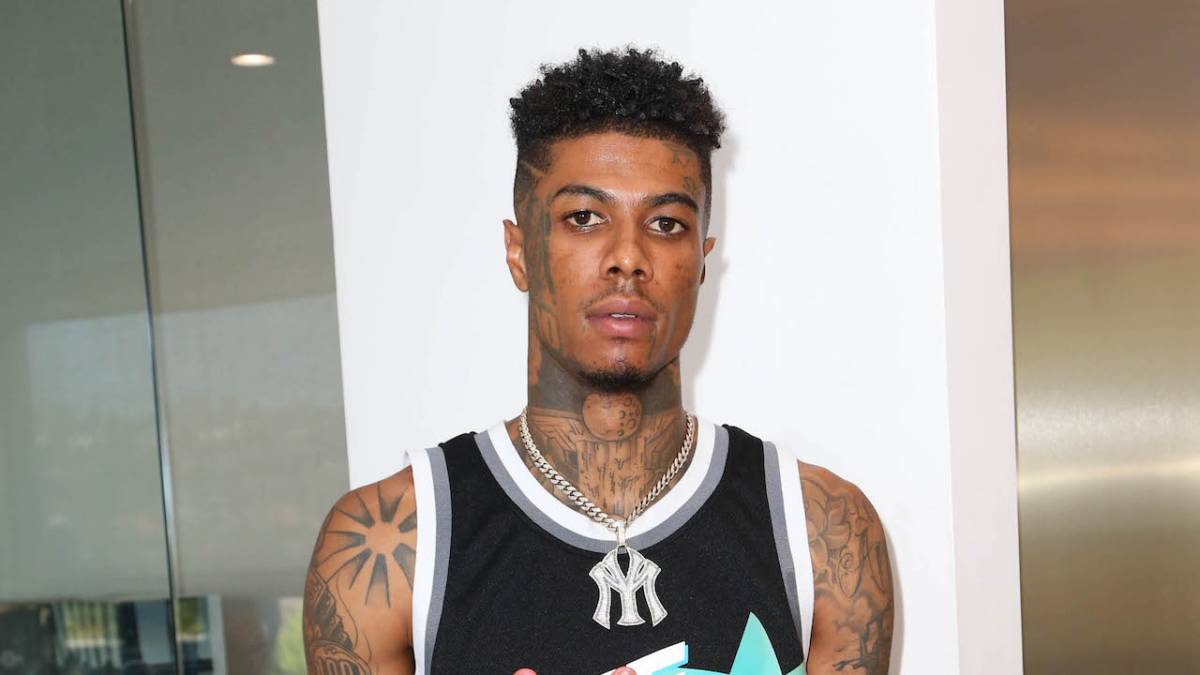 Blueface and his entourage were accused of brutally beating a bouncer at Skinny's Lounge in the San Fernando Valley on Sunday (September 12) and now, there's video evidence.

Blueface + His Entourage Viciously Stomp Club Bouncer In Newly Surfaced Video Published on:Sep 14, 2021, 9:23 AM by 8 San Fernando Valley, CA Bluefaceand his entourage were accused of brutally beating a bouncerat Skinnys Lounge in the San Fernando Valley on Sunday (September 12) and now, theres video evidence. TMZ obtained surveillance footage of the brief but potent altercation, which shows Blueface stomping on the man once hes down. Meanwhile, his crew lands a few good jabs to the face while the man struggles to stay on his feet. At one point, one of Bluefaces friends pulls the man by his leg and drags him around the floor as they continue to kick and beat him. As the Thotiana rapper turns around to leave, he decides to go back and slap the guy on his face to make sure hes either conscious or still alive. The altercation allegedly started after the bouncer asked Blueface for identification. Witnesses at the scene said Blueface told the bouncer he was a famous rapper card and when he didnt recognize him, the Los Angeles native Googled himself to prove it. After he was refused entrance, the brawl erupted inside the entrance of the club, and the bouncer had to be taken to the hospital by ambulance. He was treated for bruises and several scratches that required sutures.