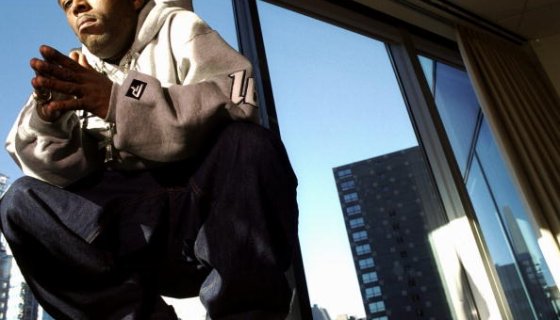 A new video featuring the East Harlem rapper shows him in a hospital bed from an unknown location offering his condolences after the passing of DMX despite being in a massive amount of pain.

Black Rob made his name as one of the standout rappers on the Bad Boy Records roster but now, the Whoa! rapper is getting showered with concern over his health. A new video featuring the East Harlem rapper shows him in a hospital bed from an unknown location offering his condolences after the passing of DMXdespite being in a massive amount of pain. DJ Self, who most know from Power 105.1 and VH1s Love & Hip Hop: New York, shared a video Friday (April 9) from New York that featured Black Rob recovering from an unreported illness. It is readily apparent that hes in some manner of pain but still wanted to give a message to the people that hes going to get through it. A person holding the camera, presumably DJ Self, asked him to remark upon DMX, Rob spoke kind words to his 24 Hours To Live co-collaborator ahead of the video completing its end. Seeing Black Rob in this condition and the news of DMXs unfortunate passing has been quite a blow to Hip-Hop fans around the world who still regard him as one of the best rappers of his era. Given the nature of the clip and recent news, the past deaths of other Hip-Hop notables such as Prince Markie Dee, and various reports regarding their younger counterparts either dying or struggling with personal troubles have also made Black Robs video even more heartbreaking to witness. On DJ Selfs post, Fat Joe, Busta Rhymes, Pete Rock, P of Quality Control, and Kid Capri among several others have shown their love and appreciation for Black Rob and are all aiming for his speedy recovery. We at Hip-Hop Wired wish the same thing and we hope that Black Rob and his family are maintaining the best they can. Initially, we didnt want to share the clip but if his people put it out, then we can assume he wanted us to know what it was. If it ever comes out that we need to take the video away or it gets deleted, then thatll settle that. Across Twitter, folks reacted to the video. Were going to focus on the love and leave the hate or weird takes on the back burner. And thats Woah!